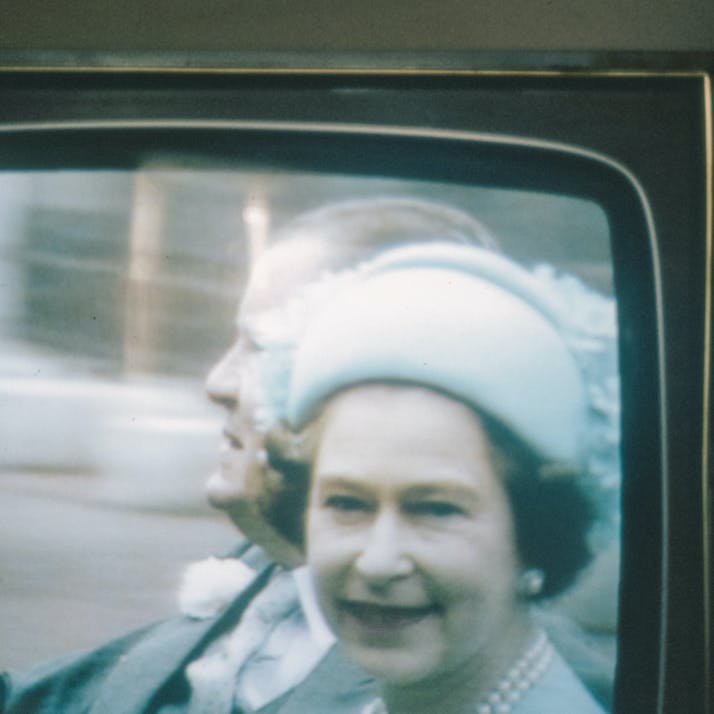 Not Only in America: I’ve Chosen to Be Estranged From My British Right-Wing Father

A British woman explains why she had to stop talking to her conservative dad.

My father wasn’t a normal dad. He wasn’t the type to come to my school plays, and he certainly never taught me to ride a bike. I don’t think he ever once remembered my birthday.

Instead, he would lecture me on the superiority of the British Empire, complain that the left-wing was always wrong, and constantly tell my mother that he didn’t want to eat any “foreign muck” for dinner, muttering under his breath about her being “a silly colonial.”

“You know what the problem is with having an open mind, don’t you?” he once asked me when I was 17. I shook my head, ready to take in whatever pearls of wisdom my father would choose to impart after three triple gin and tonics. “The problem with having an open mind is that it’s so open nothing stays in it. It all just falls out. Closed mindedness means you’re smart!”

To my father, who served in the British military, “Queen and Country” would always outrank our family, even (and often) at the expense of our happiness. He could have honored his beloved Crown in many ways without sacrificing our needs, but he chose not to. For the majority of my life, I accepted coming second place to Britain in his heart, until one day I broke.

My Dad Was My Hero, Until I Realized How Monstrous His Beliefs Were

For years I idolized my dad. He was my hero. I would always take his side when it came to disagreements with my late alcoholic mother. Following her death, though, I started to see his true colors. He was selfish and narcissistic, always putting his own needs first, but masking it as some sort of noble cause to save the country and society as a whole.

It was at that time that I started to wonder just how much of my mother’s problems were rooted in my dad’s behavior.

Shortly after her death, my dad entered into a toxic relationship with a new woman. Over the next ten years, I was gradually pushed out of his life—even made homeless at one point—but kept just enough on a string to still be useful to him and his needs.

As time wore on, I continued to put myself out to help him, often being reduced to tears through gaslighting, guilt and being made to feel inadequate. He would tell me I didn’t marry “well” enough, or that I wasn’t excelling enough in my career and that I was a disappointment. Sometimes when I took his mail to his house he wouldn’t even engage with me. Without making eye contact he’d tell me, “You can go now,” as if he was dismissing the help.

His advancing age and declining health coupled with a fall and he was admitted into the hospital during the peak of the crisis. His partner's family kept trying to get us to take over the full responsibility of his care. It was then, supported by my husband, siblings and truest friends, that I decided enough was enough, and I blocked him entirely. It’s taken years to get here, but I finally realized that so much of the guilt I was feeling was societal and self-inflicted. And while numerous people have said that if he dies, I’ll regret not making up with him, I know I won’t—at all.

“”
What I found frightened me.

I Had to Unlearn My Father’s Prejudice, and Cutting Ties Was Only the First Step

I thought that would be the end of it—cut off the diseased limb and you should begin to thrive. But it was only once I was out of his grasp that I realized that I’d spent three decades being indoctrinated in his xenophobia. I began to pick apart my own personality and principles that were shaped by him.

What I found frightened me.

It’s tempting to try to blame him for some of the thoughts and views I held over the years, but a lot of the responsibility is mine alone. I didn’t question the things he was telling, I didn’t argue against him and I certainly didn’t look for my own thoughts, but merely adopted his. I had allowed this to happen.

As a teenager, he encouraged me to vote for a borderline-fascist right-wing political party and I did so without question—something that I would repeat in several general elections. I never bothered looking at the policies, I never thought about their wider impact. I just believed his mantra of “charity begins at home.” The fact that he spent a lot of time at home talking about blue-collar workers as if they were the scum of the earth—even though his own parents and grandparents were working-class—never seemed to bother him.

My Canadian mother had ancestral ties with First Nations communities. For years my dad would mock her about peace pipes and cannibalism. He never actually thought to ask her about the community, their culture or their history. To him, they were “foreign” and clearly not worthy enough to matter to him. After a while, my mother gave up. She stopped trying to teach her kids about entire parts of their heritage because it was easier than being ridiculed by a bigot.

It’s only now that I look back and see his actions for what they were. I am no longer under his spell, and I’m starting to think and make decisions based on my own principles and beliefs for the first time in my life. It’s still incredibly hard, and I have a long way to go, but I’m trying to let go of the guilt and instead move forward.

No matter our upbringing, we can continue to learn and grow as people. Just because we grew up in an environment where toxic views were imposed on us, we can still change who we are as adults. The fundamentals and principles that make us who we are at our core can—and more importantly, should—change. We can't blame other people for our views. We each have the opportunity to challenge what we’ve learned. We can always grow.

So now every time I waver and think about giving my dad a call, I try to remember that the regrets people feel are often simply a reflection on their place in their community and societal structure. If I reached out and let him back into my headspace, I’d be doing a disservice to myself, my family and the world. I don’t deserve that, and I think the world is a lot better for it.