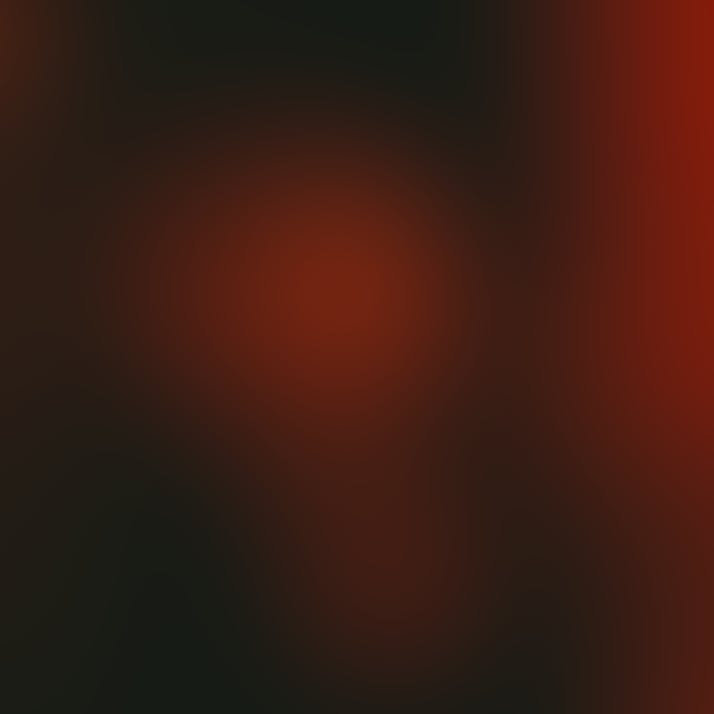 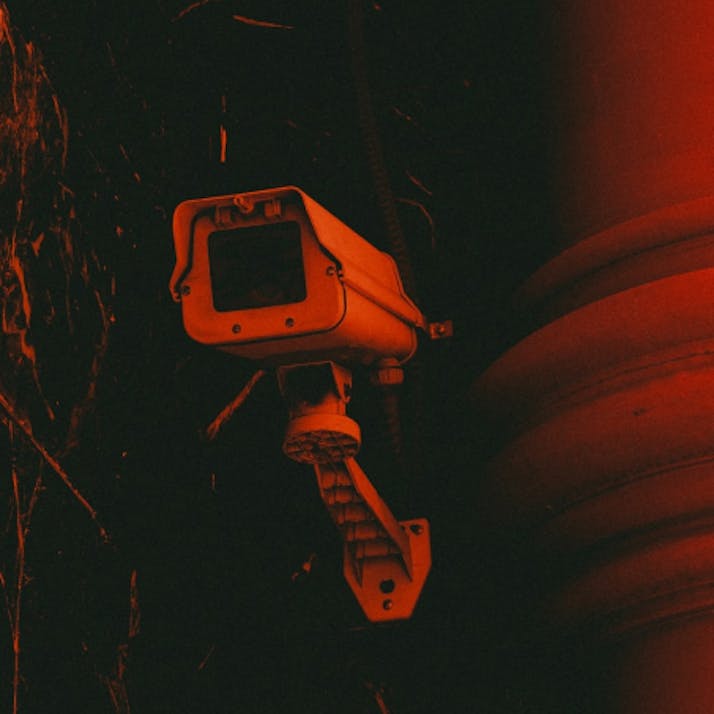 Report From Beijing, China: Are Thermal Cameras the Next Wave of Digital Authoritarianism?

As part of an effort to stamp out the coronavirus, China has rolled out new thermal cameras to detect civilians with high temperatures. Much of this hardware extends the opportunity for surveillance.

In China, entering any enclosed area requires a temperature check. Hand-held thermometer guns are ubiquitous—from convenience stores and cafes to supermarkets and shopping malls. Employees at the doorways of buildings point these devices at your wrist or forehead and take a reading. If the screen blinks green, you may pass go.

I live in Beijing, China’s capital city of 22 million. During my time here, I’ve rarely had a sense of “being monitored”—despite the fact that the city, and China as a whole, has an extensive surveillance system. Perhaps it’s partially because cameras can be discreet: Indoors, they are ensconced in the ceiling, tucked in corners; outside, they hang above eye-level.

Also, despite the fact that my face has likely been scanned millions of times, I’ve never had such data used against me. I suspect most Beijing residents feel the same way—the cameras haven’t exerted any impact on their life, so the hardware becomes invisible, ignored.

COVID-19, however, has made me more aware of the cameras that dot Beijing’s cityscape.

According to the World Health Organization, one of the most common symptoms of COVID-19 is a high fever. It is also the only indicator that can be measured on an absolute scale, unlike fatigue or difficulty breathing. Since China has moved past the quarantine phase of virus control and people populate the public sphere, temperature checks have become the most visible measure deployed by the government to ensure that the country’s number of COVID-19 cases do not increase.

However, it is not clear whether temperature checks have helped to rein in the epidemic. After all, high fever is not a foolproof indicator of COVID-19 status. Many coronavirus carriers are asymptomatic, it can take up to two weeks to present symptoms; people can conceal high temperatures with medication.

Conducting temperature checks seems to be more about fostering a sense of security while collective anxiety runs high.

The system is fallible in other ways. Sometimes the thermo guns short out and fail to get a reading. Then there’s human error. With long lines of people waiting to have their temperatures taken all over the country, it is inevitable that those doing the testing make mistakes. Ultimately, it is hard to compete with the efficiency of automated machines.

“”
COVID-19 has made me more aware of the cameras that dot Beijing’s cityscape.

Over the past few weeks, these devices, which can cost around $140,000, have sprung up throughout Beijing. (The price points hints that they are unlikely to go away after the virus subsides). They appear mostly in high-footfall spaces, such as subway stations and grocery stores. The benefit of this technology is that people don’t have to wait in line to be checked; they simply stream past it. The cameras use the same technology as the thermometer guns—an electrical beam that measures the surface temperature of objects and bodies—just much more of it. Accordingly, they can take temperatures from farther away and read multiple people at once, which allows them to test up to 15 individuals per second.

For some of the cameras, you may not even realize you have been scanned. There’s one model where a large screen is monitored by a human, and the device just looks like a large television. Entering a venue, you just see what appears to be the backside of a TV; you might not even notice the small camera facing you. The size of a deck of cards, it sits perched on top of the screen.

One time I chatted with the young kid monitoring the screen, we watched the screen as streams of people filed past. Beyond reading the temperature, it snapped a photo of their face, recording their time of entry. I saw my own face recorded in the system, and gradually bumped off the screen as more people came, their snapshots forming a continuous record of their comings and goings.

Where does this data go?

I thought about whether there is a photo album of me on some database, an extensive collection of images of me going about my day, recording and remembering my movements long after I’ve forgotten. Would this information be used against me someday? I have no way of knowing, and no recourse to push back, to regain anonymity.

Most Chinese tech companies, faced with a sudden spike in demand for temperature-reading devices, scrambled to assemble a solution. The quickest route was to simply incorporate thermal capabilities into products they had developed prior to the outbreak. The Beijing-based artificial intelligence company, Megvii, for instance, reported that its 100-person research and development staff took ten days of nonstop work to repurpose a pre-existing surveillance camera, taking a facial recognition-enabled device and adding the thermal imaging capability. This model was then deployed in the Haidian district of Beijing in early February.

Perhaps because of this repurposing, new thermal imaging hardware that is now seen in Beijing—and across China—has the additional built-in function of facial recognition. However, this feature is not necessary to conduct temperature checks. So, while tech companies are promoting the public health benefits of these new products, they also double as surveillance tools.

A screenshot from Megvii’s website, which indicates some of their partners and customers. It lists the Beijing and Shanghai subway networks as a "Smart City" client.

“”
Where does this data go?

The Coronavirus Pandemic Is an Opportunity to Implement Surveillance Systems

In China, closed-circuit TV cameras have been commonplace for over a decade. An estimated 200 million already dot the country, and that figure is only expected to grow. Previously, the Chinese government said it hoped to have 600 million in place by 2020; it’s uncertain if that figure has been reached—but the ambition is there. With more CCTV cameras, the usage of facial recognition technology has also become more pervasive.

Last year, the government rolled out a law that all cellphone users registering a new SIM card must submit to a facial recognition scan. With each technological advance and every regulation, the state’s ability to monitor and track its citizens becomes more refined, more thorough. Some, like myself, would argue more invasive.

The author and digital rights activist Rebecca MacKinnon first referred to this model as “networked authoritarianism” in a 2011 article in the Journal of Democracy. In this kind of system, a government leverages technology to extend and strengthen its rule. In an authoritarian state, individual freedoms, such as the right to privacy, are subordinate to state interests—controlling a pandemic, for instance.

For me, it’s been an interesting contrast to see protests across the U.S., led by people who disagree with government-imposed quarantine and business closures. I never heard anything about anti-quarantine protests here in China.

Kai Strittmatter, a longtime foreign correspondent in Beijing, wrote extensively on China’s burgeoning surveillance system. (He later distilled his insights in the book, We Have Been Harmonised: Life in China’s Surveillance State). In an interview with The Doe, Strittmatter pointed out that COVID-19 may serve to expand surveillance technology globally: “Crises—like pandemics—have always accelerated the disciplining of society and the expansion of bureaucratic powers.”

“”
I write this article anonymously because of concerns for censorship.

There are no independent entities in China to ensure government accountability; there are no privacy advocacy organizations. When I use Baidu, China’s search engine, terms such as “privacy rights” yield few results, and none of those results are critical of the state’s usage of surveillance technology. Chinese media coverage of surveillance technology, including facial recognition, is uniformly positive (as one would suspect in a censored media landscape). Reporting highlights how surveillance tech led to the capture of a suspected murderer in Chongqing; a rapist in Shanghai is brought to justice.

I write this article anonymously for The Doe because of concerns for censorship.

Previously, many people took the utopian view that digital networks such as the worldwide web would empower citizens and keep leaders in check. However, it has become clear that technology is inherently neutral; it is up to governments and societies to determine how it functions and whose interests it serves. The coronavirus pandemic has brought surveillance-capable technology into new spaces and further saturated those that were already monitored.

It’s made me more aware of the surveillance infrastructure in Beijing. It grates on you if you consider there is no way to opt out of surveillance.

Artificial intelligence (AI) technology, including facial recognition, is already globally ubiquitous. According to a 2019 report by the Carnegie Endowment for International Peace, China is the major driver of AI surveillance tech worldwide, exporting to over 60 countries worldwide. Some importing countries, such as Iran, Myanmar, Venezuela and Zimbabwe, do not have developed privacy laws. The global spread of coronavirus may provide the ideal opportunity for a mushrooming of surveillance technology in China and beyond—yet another good reason I’ll be wearing a mask.

A screenshot from DeepGlint’s website, promoting their thermal camera technology; the lower left indicates that the facial recognition tech can be connected with government databases.