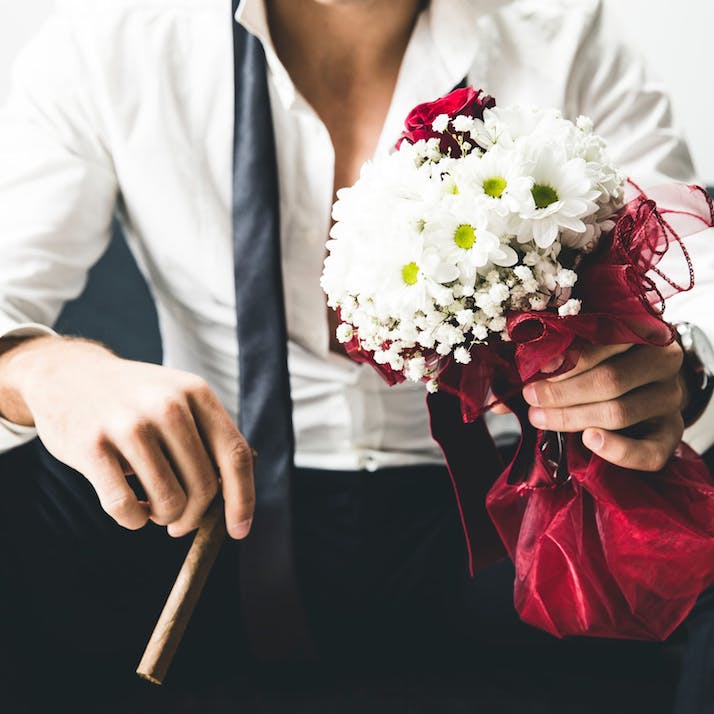 As a Career-Driven Woman, I've Turned Down Celebrity Dates

A Hollywood writer skipped celebrity dates to keep all her meetings and appointments, helping her professional life soar.

When Tom Cruise asked me to go to the Greek Theatre with him to see Andrés Segovia, I said, “No thanks.” He was filming Risky Business at the time, but I refused. Why? I was in a story meeting with Steve Tisch about a film we just set up at Paramount.

I wasn’t as nice when I vehemently yelled, “No!” to John Travolta (then making Urban Cowboy). I was on the way to a meeting at CBS and he refused to let my elevator door close if I didn’t give him my phone number. So I took the stairs. And less than a week later, driving a bit too fast on the Warner Brothers lot, I almost ran him over. I apologized, and he just smiled and said, “You must be on the way to another meeting.” I nodded and drove away at the speed limit.

Think with your brain and gut, not your ovaries—or even worse, your pride.

Am I catnip for Scientologists? Maybe. Who knows or cares? I’m not a person who immerses herself in celebrity news and I have no idea when Tom and John drank that Kool-Aid. The more important issue here is that I immerse myself in my meetings.

There’s a reason I didn’t say “career.” That is a huge pool—an ocean really. You can drown in the ocean even if you’re an ace swimmer. The meeting is accessible, happening now, a chance for advancement, a learning experience. It’s important.

I’m not going to lie, even I am impressed with my knee-jerk reaction to protect my meeting and reject the man. When I saw Rainman, specifically, the scene when Tom, dressed to kill, descends on that perfectly lit escalator, I wondered for a second or two, “What if?” But just a second or two. The “what ifs” that plague most of us are the bad decisions we make. For instance, when we blow off the passion that is our career for the sake of another kind of passion.

“”
Think with your brain and gut, not your ovaries—or even worse, your pride.

Supportive Friends and Family Make Being a Career-Driven Woman Easier

Turns out, my friends were less surprised by my saying “no” to Tom and John than they would have been had I said “yes.” You’re right. I have great friends. It’s wildly important for strong women to surround themselves with thoughtful, unjealous, funny-as-hell, like-minded women and men. Not shaming your friend’s decisions to captain a steady course toward their goals makes the sail to success that much more achievable.

No one said this.

“It was just the Greek Theatre. A big contact. You shoulda gone just so you could write about it.”

No one said this either. But if somebody had, I would have argued that Tom disrespected my time. Or, at the very least, was sure his time was more important than my meeting.

Sure, there were some big reactions from my actual friends—a little salivating. Someone even wanted to play the Bee Gees’ Saturday Night Fever album. All good. Full disclosure: My friends also knew I had a 6-foot-7 Sicilian Viking waiting for me at home. Oh yeah: the kind of man who can throw you over his shoulder when your feet hurt. This guy could cook, too! Most importantly, he read everything I wrote, loved hearing my new ideas and what happened at my meetings.

Not All Actors Treat Female Screenwriters Like They’re Inferior

One final true story for the haters—just so you don’t dismiss the above and shred these happenings in the man-basher file.

It’s one of those brisk, postcard California mornings, with sunshine as fierce as Ruth Bader Ginsburg. I’m at Warner Brothers. I park and make the long walk from the gate to the center of the lot. I see a man in shorts shooting baskets. A beautiful man. The closer I get the more gorgeous he gets. I read an E.R. stage sign. No! It couldn’t be. The man stops shooting baskets and takes a long look at the approaching female (me) walking towards him. It’s a long walk. I’m in four-inch heels. It feels like a lifetime.

Yep. It’s George Clooney. I slow a bit at 20 feet. He stops doing impressive hook shots and turns to face me. He smiles. Dear God. I smile. Come on, give me a break.

“Where’s your meeting?” he asks.

I keep walking, right past George and George yells after me, “Good luck!”

I stop. I turn around and I thank him. George gets it. George honors my march to another opportunity to speak my truth through my art. I keep walking. But the sound of the basketball hitting pavement, backboard and hoop ceases. I know George Clooney’s looking at my ass. I have a great ass.