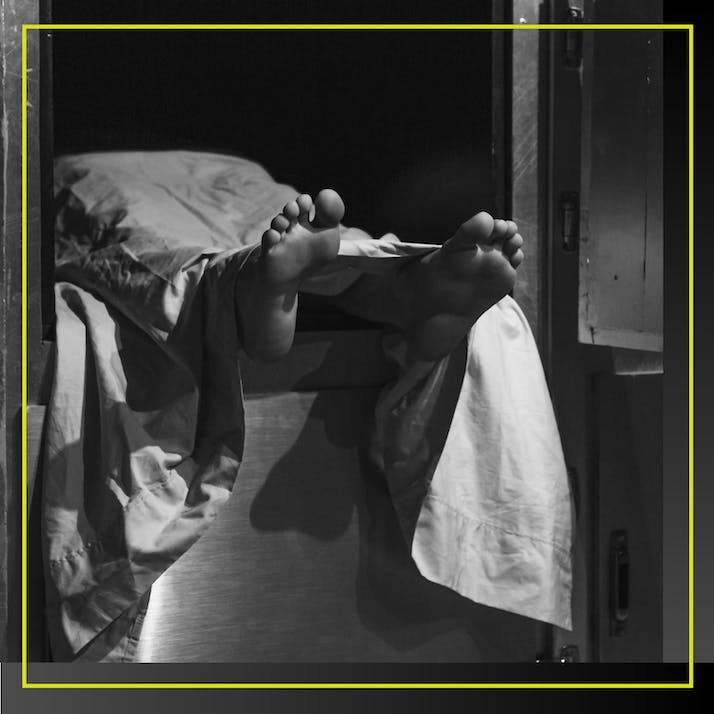 My mother struggled internally for years, in more ways than one.

My mother struggled with mental health issues all throughout my childhood. I grew up resenting her instead of understanding her.

When I was 16, she was diagnosed with cancer, and the first thing I thought was that she was going to use this as an excuse. She was always making excuses—excuses for not picking me up after school, excuses for not wanting to work, excuses for her relationship with my father. The list goes on.

Ten years after this diagnosis, I didn’t really understand the stem of all of these excuses until her oncologist told me: “The cancer can be treated, but it’s your mother’s depression that is killing her.” She told me my mother had stopped her treatments because she was depressed and wanted to die.

When I asked my father about my mother’s mental health throughout their relationship, he said it started postpartum. The first time he realized she was having issues was while they were watching the news. A story broke about a woman who had pushed her car with her children strapped inside into a lake. My mother said that she could understand the woman’s pain of feeling trapped and in despair as a new mother. This was a huge mental health red flag.

Thankfully, my mother never did anything like this to hurt us kids, but she internally struggled for years and years until it eventually took her life.

“”
It wasn’t until I experienced my own traumas that I began to understand my mom’s pain.

My mother’s cancer was hormonal and not genetic. It was believed that her breast cancer stemmed from taking an early market form of a birth control pill. The irony was that she was taking birth control—not to control whether or not she could get pregnant, but to control her hormones and mood swings. It, unfortunately, caused her hormones to become more imbalanced, leading to the development of cancer. She needed a mastectomy, radiation, chemotherapy, the whole nine yards of standardized cancer treatment until she had no evident signs of disease.

Ten years later, her cancer returned. The good news was since years had passed, there were new hormonal treatments in the form of a monthly shot that she could take for the rest of her life to sustain her. It was treatable.

Three years went by using these treatments, and my mother’s mental health seemed to be getting worse. Her purses were often filled with at least five or six pill bottles of anything she could get her hands on. My father once told me that he was prescribed Valium when he pulled his back out, and she would take most of it and leave just enough for him. This became a lifelong pattern for her, and most of the medications her doctors would prescribe for her mental health seemed to often come with side effects or prolong her addiction issues.

My Mother Stopped Getting Chemotherapy

It wasn’t until I experienced my own traumas that I began to understand my mom’s pain. “Don’t ever take depression medication,” she would tell me when I would open up about my own dark emotions. Even she knew that there had to be another way to heal mental and emotional agony.

I received a call that informed me of my mother ending up back in the hospital around this time. Her cancer had spread after she stopped getting her monthly shots.

“I thought maybe you would come see me again or maybe I would die,” she said, in tears, after I asked her why she had stopped the treatments. “But I didn’t actually think I would die. I just wanted to see my children.”

When going through a plan to save her, my mother had just decided that she didn’t want to put her body through chemotherapy again and she was instead ready to go.

The cancer can be treated, but it’s your mother’s depression that is killing her.

I couldn’t get these words out of my head, and so my mind began to wander.

Maybe if we all took her mental health seriously we could have saved her.

Maybe I should have been around more.

How could I mother my own mother?

“”
The most daunting aspect of depression is that one can live a life that looks picturesque on paper while internally breaking down. It’s easy to fake a smile.

Depression Is Not a Simple Disorder

I know she must have had some joyous and fond memories, after all. When she passed away, I went through all of her photo albums—real photo albums, not digital ones. She kept them extremely organized and crafted them in order of dates, occasions and each of us kids.

The most daunting aspect of depression is that one can live a life that looks picturesque on paper while internally breaking down. It’s easy to fake a smile. If someone has a broken arm, you can see that they must be hurting. If they have a broken heart, it’s harder to spot. We may do abnormal things that are part of our grieving process, but it is still considered less acceptable to cancel plans for an emotional toll than a physical one. The hard truth is that weak mental health can eventually manifest itself physically, but it can be difficult to pinpoint this as the cause.

One of the most important things that I have learned from this experience is that when we don’t like the answers we are given, it doesn’t automatically correlate as an “excuse.” It’s deeper than that and beyond the surface level. Even when we think we have found mature and reasonable ways to work on the sufferings of humanity, depression will always linger. Depression is not simple. It is not just a feeling of writing off the day due to fatigue—in fact, it is far from that shallow of a laceration.

It’s writing off an entire life, giving up on existence and reaching beyond the point of no return. Depression is undeniably real, and it can and will haunt you even after you think you have dodged it.