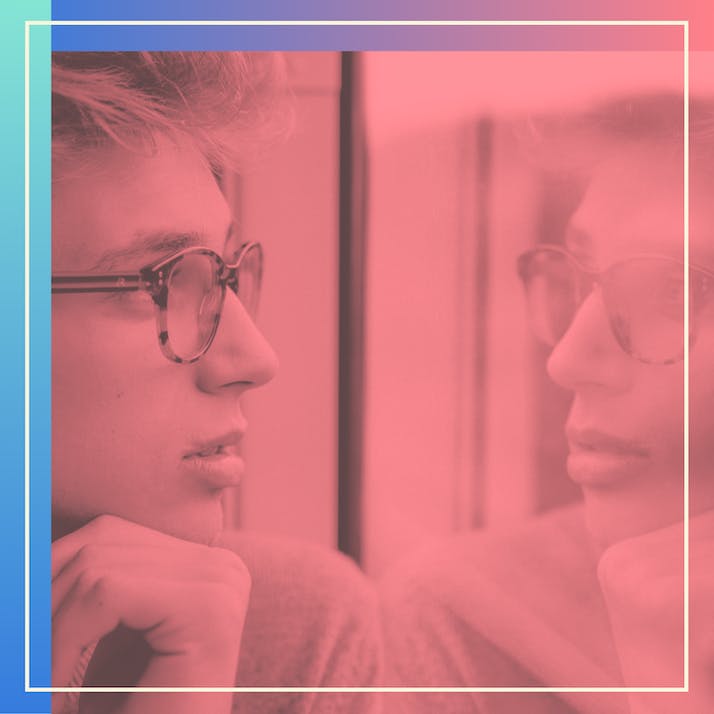 Callejera: Finding My Queerness on the Bus

Just like my daily commute, my queerness has involved multiple routes, transfers and experiences.

When quarantine first began, I remember being in disbelief. I remember the countless nights I spent crying into the night exclaiming, “Why is this happening?” Denial, shock, anger and acceptance, the stages of grief took over during the first six months. I had been grieving the life that never happened and grieving a life that will never be known. During one late, cold night, I took the time needed to ponder and remember the life that was. It was there that I remembered and missed my commutes, especially my morning commute.

The 20-minute walk from my home to the train station allowed me to answer emails, get lost in the rhythms of my favorite playlists, message the occasional international friend and finally arrive at the bus stop. After two buses and yet another short walk to my workplace, I had done all the processing necessary and would be ready for a long day of work. It was not until the dark night of grief that I realized that my commutes were more than just the undervalued space and time one uses traveling from point A to point B. Rather, they were a chance to gather my thoughts and transition into the next moment of the day. A welcoming of sorts.

Like many folks, due to the pandemic, I now have the privilege of working from home. As someone that identifies as a bus rider, I had to reconcile with the fact that working from home was only a manifestation of my own privilege. In order to best honor the life that never happened, I thought it was important to also honor the commutes that never happened. And in this process of remembrance and honor, I realized that much of my queerness reflected the commute.

I am not the same queer I was at eight years old. Now that I am 30, I can look back and process the metamorphosis of my queerness through what I long for the most: the commute. And just like traveling between work and home, my queerness has involved multiple routes and transfers. Welcome to my favorite bus ride—the ride of my sexuality, the one discovered on the streets of Los Angeles, my hometown.

“”
The bus taught me that I was different in the eyes of everyone.

At the Bus Stop, I Always Assess the Intersection

Growing up, my favorite bus stop was the intersection of Vernon and Vermont. I waited for the 204, the bus running northbound on Vermont Avenue, or what I like to call the “central nervous system of the city.” Every time I wait for a bus, I assess the intersection: How many people are waiting at the bus? Are there any benches? Where do I run to if it gets too late while I am waiting? It’s this same assessment that best explains the first formative years of my young queerness.

I think about the number of times I assessed my mannerisms at home. Was I being too femme? Was I not being enough of a boy? I constantly examined my surroundings and environment that allowed my young queerness to live behind closed doors, behind bus benches and in the fantasies of my imagination. Maybe that explains why I constantly read while traveling on the bus. During the early stages of my queerness, I was quiet. I was waiting for a bus that had no destination. I just wanted an opportunity to leave my home.

The Bus System Is a Microcosm of My Queerness

The bus system in Los Angeles is an intricate web of routes that, unbeknownst to many, connects neighborhoods and peoples across the city. In many ways, it’s a microcosm of my queerness. There is a route for every love I’ve found, and every insult I’ve received.

The moment I boarded a bus, I made sure I found seats next to the back exit. I always looked for an exit strategy in case I needed to flee. I made sure to never take up too much space—I was always afraid it would draw attention to myself. And though I may know how to command attention now, there was a moment in time when I didn’t like it. At this point in my life, I had expected to only receive homophobic remarks from people my age, but the bus taught me that the otherness of my queerness knew no age limits. I received homophobic remarks from adults and young people alike. The bus taught me that I was different in the eyes of everyone.

Aside from being accustomed to the rampant homophobia on my commutes, there were some happy moments—when we as queer bodies recognized each other. Yes, there were gazes that pierced through—you just knew when you were being looked at with disgust. And then there were these gazes that just hugged you based on their eyes. We caught glimpses of each other from across seats. In a jam-packed bus, we found a way to see each other and somehow the city felt less lonely knowing that there were more of us roaming freely on public transportation.

I never realized that the moment I acquired a bus pass, I had acquired a passport to the city. I slowly learned to navigate it, but I also learned to silently decipher shadows, seek shelters at stops and learn to be the cartographer of my own queer city. Being from South Central, I mostly associated my hood with trauma due to bullying, but I found refuge in other communities. Whether it was the tar pits of Mid City or enjoying a coffee and a book at the farmer’s market, I escaped my hood and became grateful for the buses that allowed that to happen.

“”
But where are we getting off?

My Trips Were Transformative Because I Knew My Destination

My favorite bus was the 105. It traveled from Huntington Park to West Hollywood, connecting two different parts of my identity. My Latino identity was personified by quinceaneras and all of the shops along Pacific Avenue in Huntington Park. My queerness was defined by West Hollywood’s smell of lube and the cacophony of bass and catty calls. I now never set foot in West Hollywood. But that’s a different story.

There are countless more stories like this. The bus route conveys the best part of my queerness—the mistakes, the loves, the lessons. And you might ask why I am still a bus rider. I’m still learning and evolving and changing, which takes us to the end of the line, but where are we getting off?

I miss commutes because they are transformative when you know your destination, when you allow yourself to get lost at any intersection only because you know your destination. I’ve been riding the bus for so long now that the map of the city is ingrained in my body. Los Angeles is my hometown, after all. In the same way, I have been living my queerness unapologetically for such a long time now that it is now embedded within my body and spirit.

Thirty years later, my body is craving for a new queerness, one that celebrates my brown skin. My internal map yearns for a new city that reflects the same way my queerness is changing and growing. My queerness now responds to joteria, a term that was born out of Mexico, the country where my mother comes from. I’m excited for new commutes, new buses and new bus stations. I’m hoping to find my joteria sitting at a bus stop along La Reforma that reflects my queerness in Spanish, in Mexico City. It now yearns to reconnect my displaced spirit with my mother’s home.