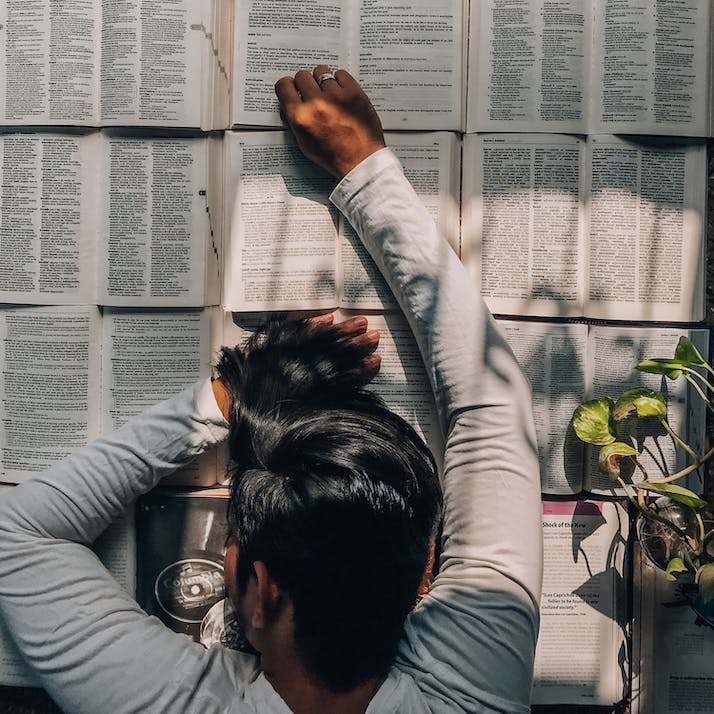 Why Books Are Terrible: A Summary

I wrote condensed versions of popular books. I didn't learn anything useful.

Ten out of ten book readers agree books are good, according to a statistic I swear I totally read in Ray Bradbury's Fahrenheit 451, or possibly some other good and virtuous pro-book book.

Television is a vast wasteland, yes—even The Sopranos, even The Wire, even the Kardashians. But books are the real thing, the Smart Art, the healthy vegetables of information transmission. You can't go wrong with books.

Are Books Really That Great?

Or so the books tell us.

But I have read books, and I am here to tell you it isn't all Moby-Dick and Piketty's Capital. For a year or two back around 2016, I worked as a writer for a couple of book summary companies. My job was to write around 3,000-word condensations of the best-selling books of the day. And having done so, I can say with some confidence that what Americans read to improve themselves is not necessarily better than watching television or playing video games or scooping your brain out with a melon baller.

To be fair, I did read a couple wonderful, interesting and insightful books, like Matthew Desmond's Evicted: Poverty and Profit in the American City, Colson Whitehead's The Underground Railroad, and even Piketty's Capital. But for the most part, according to the algorithms and my assigning editors, the American public spends its time consuming far less elevated fare.

I read a lot of self-help books about how if you pull yourself up by your bootstraps, make your bed and don't let plants with lectin slide through your leaky gut, you will become a tech billionaire with a butt of steel. Unf*ck Yourself tells you to get your get up and go in “fucking” order through positive self-talk and strategically placed asterisks. Or you can try The Tapping Solution, which promises that if you tap on magic meridian points on your body you will unblock energy and heal trauma and cure cancer and make Netflix produce another season of Glow (if you like television, which of course I don't, since I am not a goldfish).

And then after you've removed your boils and gutted your gout, it's time to make yourself proud to be an American with big, honking American biographies about some important white male American: George Washington! Alexander Hamilton! John Adams! Dwight D. Eisenhower! Thomas Jefferson! Maybe George Washington again! They were great men, with flaws, like owning slaves. But don't those flaws actually make them even greater if you think about it? Or alternately, if you don't think about it too hard?

“”
I can say with some confidence that what Americans read to improve themselves is not necessarily better than watching television.

I read and summarized so many terrible books that it's hard to pick a Most Terrible. The right-wing Clinton hate screeds during the 2016 election season were impressively awful. Ex-Secret Service agent Gary J. Byrne's Crisis of Character, an interminable self-aggrandizing memoir spiced with dubious anecdotes from the Clinton White House, was probably the worst of those.

The book I found the absolute most painful to read though was Steve Harvey's almost incomprehensibly ignorant and unpleasant Act Like a Lady, Think Like a Man, which explains that men are commitment-phobic emotional toddlers and that women need to give them unconditional love and sex or guys will collapse into their component parts of jealousy, ego and greed. It's 230 pages of simplistic gender stereotyping, presented in a tone of unrelenting hectoring self-satisfaction. “Men,” he tells us, “will treat women like one of two things: a sportfish or a keeper.” Yuck.

So the books most Americans read are Founding Father patriot porn or open scams, offering actively harmful life advice and quack cures. And my job was to take these simplistic nostrums and make them even more simplistic—to take the dumb glibness and make it even glibly dumber. I was distilling the vacuous essence of the bestseller list into a truer, more essential vacuousness. The whole point of Bill O'Reilly's Killing England is to make people feel like they've learned something about the American Revolution without actually thinking, or even paying attention. So a 2,500-word summary of Killing England is really even more Killing England than Killing England. It's less informative. It's more half-assed. It makes you feel like you know just as much when you know even less. The summary of the bestseller is really the purer, more Platonic form of the bestseller. I was writing these bad books better (which is to say worse) than the originals.

The publishers of Killing England or Crisis of Character don't see it precisely that way, of course. Selling summaries of books to compete with the original books is pretty obviously an intellectual property violation. To get around the copyright and trademark issues, my employers had us writers include analysis sections, so that the summaries doubled as Cliffs Notes of a sort.

You weren't exactly allowed to criticize the books in these criticism sections, though, which got me in trouble. My editors cut out the bit where I pointed out that Steve Harvey, comedian and radio blowhard, had no meaningful expertise in human sexuality, human relationships or human anything. Editors cut out the bit where I linked to articles showing that the guy offering dubious weight-loss advice was a fatphobic jerk. And they really didn't like the bit in the summary of Walter Isaacson's Leonardo da Vinci bio where I pointed out that Da Vinci's relationship with an underage boy named Salai might well have traumatized the child in question. “Salai means ‘The Devil’, and Leonardo referred to the boy indulgently as a thief and a scamp, always getting into trouble,” I wrote. “Salai may have just been mischievous. But he also may have been acting out in response to a confusing and possibly painful sexual relationship over which, as a child and dependent, he would have had little control.” Those were not sentences that made it into the final draft.

“”
I read and summarized so many terrible books that it's hard to pick a Most Terrible.

The Da Vinci summary was the last one I wrote. One of my employers discontinued their line because of legal worries. The other fired me. Maybe in part this was because I kept doing things like suggesting Da Vinci was a child abuser. But mostly it was because they decided my work needed too much editing.

The pay for the summaries was not great—it came out to somewhere around $15/hour for a week of work if I was lucky and the book was short and there were no edits and I lied to myself about how little I was actually making. The only way I could really manage a living at it was to read and write very quickly. It seemed fair to me: I was providing them with a shoddy inferior product, just like they were providing readers with a shoddy, inferior version of shoddy, inferior books. We were all participating as partners in the shoddy, inferior hackwork that makes the American economy go round. Though, alas, as I said, my employer didn't quite see it that way.

So what did I learn from all this reading? Well, a steady diet of books about how to be a success taught me how to be a failure. I learned I was incapable of working hard enough or fast enough for too little money, and that I was inept even at betraying my principles. In summary, if you want a lesson about the virtues of reading, you should read something by somebody else. Or maybe, even better, don't.