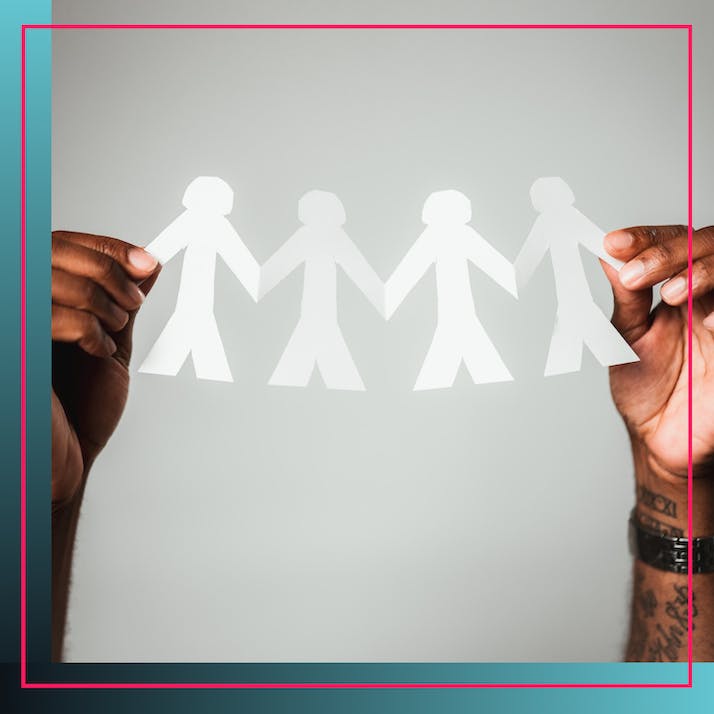 I’m a Black Woman From an All-White Town; These Are My Memories

Growing up as a minority, I learned the people around me would never appreciate who I was or what I was worth.

At a young age, I learned that sometimes the meanest remarks are made out of naivete.

“I heard that Black people are that color because they’re dirty. I wanted to see if it was true.”

My classmate knew that what she had done was wrong, somehow. She looked sheepishly at her fingertip, still clean and pink, and then back at me. We were eight, waiting for the gym class warm-up to start.

I probably tittered nervously as I said it. It’s a habit everyone in my family shares. And then class started, and I never told anyone about the exchange.

I grew up in a small town on the East Coast. It had less than 5,000 people, an "excellent school system” and a development that mixed cookie-cutter cul-de-sacs with 200-year-old farmhouses (sometimes with the farms still intact!). The town has great beauty. Driving down county roads, you can see rolling hills stretching out over the horizon dotted with trees and houses and fields. You understand why some folks stay there forever. Other times, driving down the same county roads, you come across a stop sign with a swastika spray-painted onto it. You understand why some folks are desperate to leave.

“”
I was starting to realize that race does matter, actually.

I Struggled to Fit in as a Black Girl

At 25, I like to say I'm a New York City “seven” and a hometown “three.” It took me a long time to realize that attractiveness is not an objective quality.

At 14, I started overhearing the boys in my class, who were all white but one, asking each other whether they liked blondes or brunettes. This was a little puzzling to me—are Black girls brunettes? My dad asked, a little harshly, why I cared what they liked. Was I trying to attract white boys?

At 16, I looked in the mirror and generally liked what I saw. I wasn't "hot" (if you can even apply that word to a 16-year-old kid), but I thought I was cute! And I had a group of friends whom I loved and who loved me. I was having a good time going to football games and school dances, even if I overheard things I didn't like while I was there.

“I can’t believe Melissa’s dating a Black guy. You know how they get at this age.”

“On Friday, someone at Brett’s party called Rachel and her sister the N-word, so they left! I thought the two of them were being a little dramatic, honestly.”

“Well, of course, she’s super good at track; she’s, like, the only Black person on the team.”

By 17, I had a driver's license. My friends had driver's licenses and boyfriends or girlfriends with whom to drive around. Behind the wheel, I had a sneaking suspicion that I would never get a date in high school (I was right). I was starting to realize that race does matter, actually. Not just in a macroscopic, societal sense but very personally.

I Felt Like I Was Never Good Enough for Someone Else

When I was 18 and applying to college, my mom and I went away for a weekend to tour schools. I was one of five in my friend group who had never been kissed. That Saturday night in my hotel room, I looked through Snapchats from friends, dancing and drinking and getting up to general shenanigans at a party in someone's barn. “Wiggle” by Jason Derulo pumped in the background as they twerked across my phone screen.

"I hope I get to go to the next one," I thought as I drifted off to sleep.

The next morning, I woke up to a text from my friend Liz. Four of the five remaining unkissed had paired off and made out with each other at the party. Obviously, I was devastated. I was the only Black girl in the group, and now I had the only virgin pair of lips. "Omg no way, congrats!" I texted them.

"What the fuck, why doesn't anyone want to kiss me???" was the message I wanted to send. I was irritable and rude to my mom for the rest of the trip. Also, by now, I knew why no one wanted to kiss me. It was because I was “other,” strange, taboo—Black. Good enough for a friend, but not enough to be let into a family.

“”
It was because I was 'other,' strange, taboo—Black.

My Hometown Never Gave Me the Confidence I Needed

I think I always understood that separation on some level, but it flashed into sharp relief during my senior year. I stopped thinking about who I could date or who might like me. I focused on platonic friendships, leaned into sports and hobbies that I liked, learned that I loved going to concerts. Basically, I found the contexts where the internalized racism of others had the least impact on their interactions with me. It was a great survival tactic.

However, I see it was doable because soon, I would go to college in a city, and I hoped that there, I would get to date people who found me and my Blackness to be acceptable. I always say, "My town is a great place to grow up," and in the same breath, "Thank God I don't live there anymore."