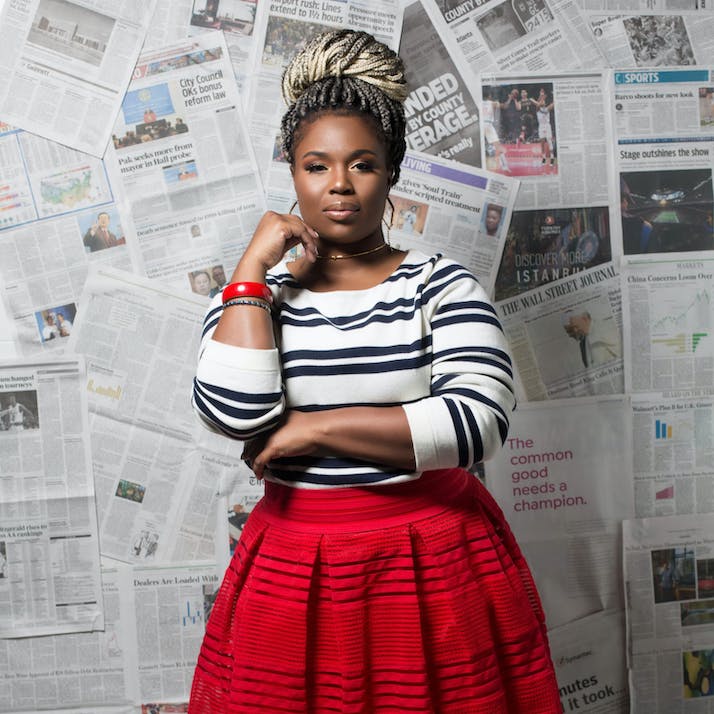 Black Lives Still Matter When the News Cycle Ends: Where Does BLM Go From Here?

The author says that the plight of Black people hasn't changed, even though the media focus has shifted.

Growing up, I spent a lot of time learning about activism and Black Lives Matter, but nothing that I experienced compared to the explosion of protests around the world following the deaths of Breonna Taylor and George Floyd. I could barely open social media without being forced to relive the realities of many Black people around the world—during the ongoing deadly pandemic.

It was harder for people who aren’t Black to turn away from these injustices too. Everyone was suddenly getting with the times—dare I say woke—even though it may not have been an authentic stance against police brutality and anti-Blackness, but a personal pat on the back that called for others to view them as an agent of change.

“”
Truth is, the plights that Black people face haven’t changed, nor have they been dismantled.

“Pseudo-activism” is when groups show support for a movement or set of beliefs solely because everyone around them is doing so—and not because they actually believe in the message behind the cause. Rather quickly, I noticed that the influx of support for Black Lives Matter was the latest bandwagon that brands were jumping on. The type of violence that Breonna Taylor, George Floyd and countless other Black people have experienced is nothing new, and I felt conflicted seeing the sudden support. On one hand, it was amazing to see so many companies that I’d supported throughout the years releasing statements, but I could never seem to silence that voice in the back of my head that kept asking: What took you so long? Why now? What was so significant about this year that was different from 2012, when Trayvon Martin was murdered?

What I realized is that while many conversations held in 2020 may have been about Black people, we weren’t always the target audience. The public statements that we saw a lot of large companies releasing suggested that after years of silence, they were suddenly deciding to take a stand against anti-Black racism, but they didn’t feel sincere to me. From Microsoft to Adidas, I spent a lot of time reviewing the PR-proofed missives companies released, but what spoke volumes to me was the fact that while these brands were pledging their support for the advancement of Black people and against police brutality, there was a noticeable lack of Black people in positions of power at these same companies—including ones that I’d worked for myself.

It was easy for companies to draft a letter to avoid looking like a company that had stayed silent during a revolution. But many of them failed to acknowledge the anti-Blackness at work in their hiring practices, daily operations and the pay inequalities that exist between Black employees and their white counterparts.

When It Comes to Supporting Black Lives, Actions Speak Louder Than Words

Seeing the problems that other companies have had with diversity is sad, but what impacted me more was being employed by a company that made a statement internally, while also having white employees that were being paid higher salaries than me for the same work. Or seeing white coworkers whose salaries weren’t impacted during the coronavirus pandemic, despite company-wide emails suggesting that all employees had received a reduction. Their performative support hit so close that it crushed my spirit and made me question my career. When you’ve worked hard to be a champion for a company while witnessing the devaluing of Black lives daily, it feels like a slap in the face when you have to carry on as if nothing is happening.

It quickly became clear that companies deciding to speak out or stay silent was more about them than it was about me—and once the news cycle moved on from speaking about Black Lives Matter, the social media campaigns from large companies stopped. Black people are still experiencing the same oppression, but the commitment to dismantle anti-Black racism where it exists seems to have been put on the back burner.

“”
We need those in positions of power and privilege to do the work as if their lives depended on it. Because my life does.

It's Easy to Support Protests, but It's the Hard Work After That Matters

Truth is, the plights that Black people face haven’t changed, nor have they been dismantled. Following the protests that erupted in 2014 after the murder of Michael Brown, six prominent activists involved with them mysteriously died, and police ruled that none of their deaths were suspicious. KJ Brooks has detailed how, after she went viral last year for a video holding members of the Kansas City Police Department accountable, the KCPD followed her to the point that she had to hire a private security team.

Despite the patterns that take place before our eyes, Black people can’t get the support we need when our lives are in danger, when an act of violence can be prevented. The attention usually only comes once another life has been lost. It’s terrifying, and I wouldn’t wish these experiences on my worst enemy. When we hold white supremacy accountable, our lives are at risk. When we ignore it, our lives are still at risk.

We need those in positions of power and privilege to do the work as if their lives depended on it. Because my life does, and it’s not the responsibility of those who are oppressed to get rid of oppression that we didn’t create. I hope that the companies that released statements last summer do right by their sentiments, and put in the necessary work within their companies as well as the community. It’s possible. It will take a lot of work, but that’s the point. Committing to change because everyone else is doesn’t solve the problem—it simply delays solutions from taking place. If you are going to stand for Black lives, remember to do the work when the cameras stop rolling and the world is no longer watching.