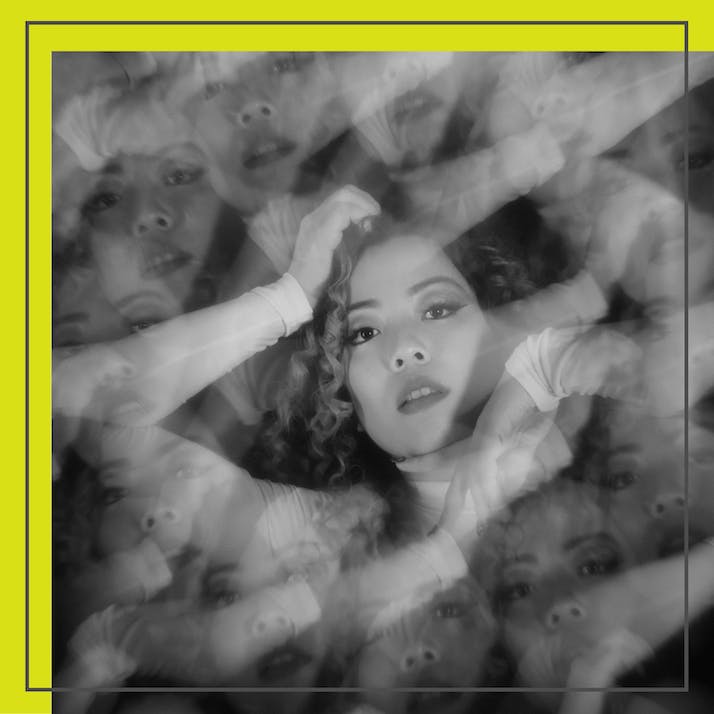 I'm Bipolar: Addiction Has Been One of My Toughest Challenges

I went to AA to get sober. Instead, I ended up learning to live with mental illness.

The first time I said the words, “My name is Lucia and I’m an addict,” I was sitting on a folding chair in a church basement surrounded by 20 other young-ish queer people who, for one reason or another, were all called to the same basement. For me, I had, by the time I had turned 24 years old, come out as gay, come out again as transsexual, dropped out of college in New York City to move back to my hometown, entered the throes of an undiagnosed bipolar coke spiral, went to Thailand to have bottom surgery, and ran for state representative and then dropped out when I re-entered another coke spiral that nearly ruined my life. Eventually, after being sexually assaulted, I crawled my way back to therapy with my hands in the air. I knew that something that needed to change. Otherwise, I was convinced I’d end up dead in a gutter somewhere.

The only logical conclusion at the time was that I had a serious and out-of-control substance abuse problem. And when my therapist suggested I check out Alcoholics Anonymous, I was so exhausted by the chaotic trajectory of my life that I shrugged my shoulders and said, “Sure.” So when I found myself sitting in that church basement surrounded by a group of people who all identified as alcoholics and addicts, I decided to simply surrender to whatever higher power may exist and to the philosophy of the 12 Steps. This led to me sharing the traumatic events that had brought me to this basement meeting where I decided that I should get sober, or at least try to get sober. That’s the thing about Alcoholics Anonymous: The only requirement is the desire to be sober, at some point.

“”
I was convinced I’d end up dead in a gutter somewhere.

Being Diagnosed as Bipolar With Substance Abuse Problems Was Too Much

I was no stranger to addiction. Two of my uncles have struggled with an on-again, off-again heroin addiction since their neighborhood was ravaged by the drug epidemics of the 1970s and '80s. My mother always made sure that I was extremely aware that addiction runs in our blood, and raised me to be conscious of the likelihood that I would have an addictive personality. Yet she never told me not to do drugs or to drink, and as a teenager, I had free rein over my social life and was empowered to make decisions that felt right to me. As a result, I was a pretty heavy pot smoker and occasional drinker in high school, but I didn’t touch a hard drug until I was 20. It would be another year after that before hard drugs became a regular part of my life.

The first time that I was diagnosed with bipolar II disorder, I was so incensed by the idea that I had any kind of mental illness beyond depression that I yelled at my therapist and stormed out of our session, vowing never to go back to therapy again. This was at a point in my life where I was once again in the throes of a manic coke bender that had tipped over into a full-blown coke spiral. In all honesty, my visceral reaction to my therapist’s diagnosis was because I knew that it was true. Not only do I come from a family of people who struggle with substance abuse issues, but I also come from a family of those same people struggling with bipolar disorder. Acknowledging that I had a substance abuse problem and a mental illness was simply too much to bear. It was like I was being told that my destiny had been predetermined for me.

Sobriety Doesn’t Address the Cause of Substance Abuse

Despite how overwhelmed I felt, I found myself thriving in Alcoholics Anonymous. I love structure and talking about my emotions in a safe space, two things that are essential parts of the program. AA gave my life order and purpose, two things that hadn’t been in my life since I had dropped out of college (which incidentally was one of the things that led me to spiral and start abusing substances). Going to meetings twice a week was like being back in college. Suddenly, I was staying up the night before meetings thinking about what I’d share, which new friend I was most excited to see and what outfit I should wear when we went out to Shake Shack after. I finally found something that I was really good at, somewhere I fit in and resources to start making my life manageable. Even to this day, though I’m no longer sober, I still find myself using the skills I learned in AA to navigate my life.

Over time, my feelings toward AA and sobriety became more complex, and I began to feel like I was somewhere I wasn’t supposed to be. It wasn’t as though I was suffering from imposter syndrome; I was just beginning to see the little cracks that exist within the program. In AA you are encouraged—pushed, even—to open up about what you’re struggling with regarding your addiction, but you’re rarely ever encouraged to talk about what led you to abuse alcohol and drugs in the first place. It’s as though there are two, and only two, realities: the reality where you were an addict, and the reality where you are still an addict, but one who is now in recovery. How does this foster an environment where you as an addict can really begin to heal from the trauma that led you to where you currently are? In my opinion, it makes true healing impossible.

Sobriety quickly turned into a competition with myself. How many days could I stay sober? Could I get to 30? What about 30 more? Could I continue being a party girl and staying out all night as a sober person? And so on and so forth, until it became a game I was trying to win, instead of a process I was engaged in to help me get healthy and develop a sustainable relationship with sobriety. About four months into my sober journey, during which I was going to AA meetings twice a week and NA meetings once a week, I was once again diagnosed as having bipolar II. This time I accepted the diagnosis and elected to go on medication to treat it.

Distinguishing Between Bipolar Disorder and Addiction

A few weeks after the medication kicked into my system, I had an awakening. As I started developing more impulse control and was able to carry out simple tasks that at one point had debilitated me, I began to understand my substance abuse issue as a symptom of my mental illness, rather than a full-blown addiction. Basically, I began to reframe my relationship to substances and to understand that I could possibly exist as someone who did drugs without it wrecking my entire life the way it had before multiple times. By month six of being in AA, I decided to start using substances again. Shockingly, the world didn’t crumble around me. I didn’t implode. Instead, I was able to simply continue living my life, while reintroducing substances back into it in a way where I felt like I had control over the situation. Two years later, I still feel this way.

It was while I was camping with friends in the middle of rural Tennessee that things began to unravel a little bit. I introduced psychedelics back into my life, with the support of some friends in AA, and I mostly felt good about that decision, but another part of me felt like I was betraying my promise of sobriety to myself. When someone passed me a seltzer one night during the trip, I took a sip, and by the time I had swallowed it, I realized it had been spiked. The person didn’t know I was sober, because I hadn’t told them, but that simple mistake made me absolutely lose it. I went for a walk and sobbed for an hour, feeling like a complete failure for not better protecting myself.

Eventually, morning came and when I woke up I was shocked that the world hadn’t come crumbling down. From that day onward I began slowly introducing drugs and alcohol back into my life and I, for the first time since touching a substance at 14 years old, felt totally in control. If I felt myself getting too drunk, I stopped drinking. If I felt myself feeling fiendy for more drugs, I went home and put myself to bed. I’m still not sure if it was maturity, healthy coping mechanisms, or my meds, but I finally felt OK with partying. I don’t remember exactly when I completely stopped going to AA, but I remember that it was gradual, rather than a sharp exit. I felt like I was taking up space in a community that didn’t have room for someone like me, who just wanted to continue using drugs healthily without spiraling out of control. So I left with some sadness, but mostly with an appreciation for a space that helped me get healthy.

Sobriety Isn’t a Cure for Being Bipolar, but It Was Part of My Solution

When I look back at my time in AA, I am able to acknowledge the ways in which it helped me grow up—how it forced me to look inward and reassess what I wanted my life to actually look like and feel like. It did radically wonderful things for me. The most important thing I learned, indirectly, was how to have impulse control, which isn’t a lesson they teach, but something that being sober for a few months helped me learn. I learned to really open up emotionally, not just to others, but to myself, in ways that are both honest and loving. For me, AA was just one piece of the puzzle that led me to get stable, happy and thriving again. Being in AA while in therapy and then adding medication to the mix gave me ways to start healing. The shame spiral from partying that led me to AA still persisted after I left, and I’m just now beginning the process of unpacking where that stems from so that I can fully rid myself of it.

Sometimes when I am out doing cocaine or drinking a little bit too much, I feel like I’m doing something wrong, even though I’m not. That is the unfortunate hangover that comes with at one point identifying so strongly with being a sober person. I don’t regret anything about my journey and I especially don’t regret going to AA. Many of the people I met in that community are still friends of mine, and from time to time when I feel despondent over something, I find myself in a church basement at an AA meeting. These days I just listen instead of sharing, because I see myself as a guest and not a community member. The mildewy scent of the basement, the taste of burnt coffee and stale donuts, the welcoming smiles from people I don’t know—I still feel at home.

Life ebbs and flows, and often the most overwhelming part of the process is facing yourself and forcing yourself to do the internal work to heal. I’m lucky enough to be on the other end of the process, to be able to say that I am recovered with—and without—the help of a community of recovering addicts who taught me the right way not to be sober.