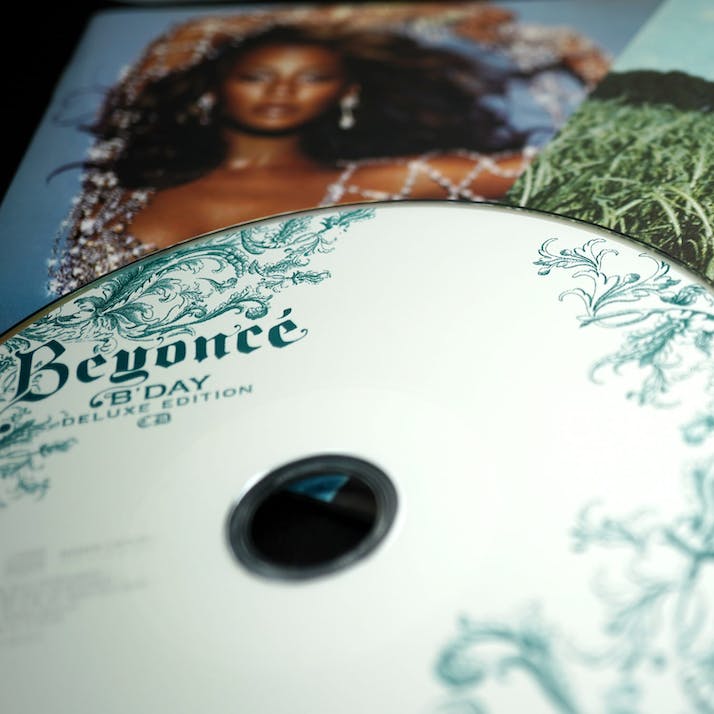 Beyoncé’s Music Has Helped Me Through It All

In good and bad times, I have relied on Bey's inspiring lyrics to escape and find meaning life.

I’ve never been what you might call a “fangirl.” I never really got into boy bands in the way some teenage girls did, lining up for hours to get tickets for concerts, obsessively tracking their every move in hope that I might catch a glimpse—or even better, win a VIP face-to-face meeting. No one ever really captured my imagination or awe in that way. But I did always love Beyoncé.

Of course, like any real Beyoncé fan, it all began with Destiny’s Child. The band’s first two albums, The Writings on the Wall and Survivor, were the soundtrack to my early teens. I was so inspired by these strong, powerful women. I wanted to be like them and wished they were my friends.

At the time, I was going through hell at secondary school. I was bullied almost every day by older boys who hadn’t taken well to me rejecting the advances of one of their friends. They’d wait outside my classrooms, throw rolled-up paper at my head and spread horrible rumors about me that spread like wildfire. In one instance, they kicked a football at me as I walked to class—I still remember the sting on my face. It was hell, but I shrugged it off like it was nothing.

On the way to school, music was my escape. It took me to another world where I was happy and confident, and my heart didn’t pound in my chest as soon as I stepped off the school bus. I listened to the Survivor album on my Walkman on repeat. Destiny’s Child lyrics became affirmations for me.

“”
I felt like Beyoncé was having the time of her life, and so was I.

Fast forward to 2003, and those stressful days of school were long behind me. I had started university and had thrown myself headfirst into my new independent life, surrounded by new friends who made me feel good. One of them, a guy named Toby, was extra special to me. From the moment I met him on our very first day, I knew there was something unique about him. I knew I wanted to be part of his life.

I found out pretty soon that Toby was in a relationship with a girl from his hometown. I was gutted, but after a few months, I found myself seeing a totally unsuitable boy, Jack, who lived in my hall. He ended up becoming my boyfriend, and an emotionally volatile one at that. Jack was a lot to handle. He was jealous, controlling and obsessed with Toby, who he quite rightly thought I had feelings for. He would often go out for the evening, drink way too much and I’d wake up to dozens of abusive text messages and voicemails. I told myself it was just the alcohol. I put up with it.

I remember lying with Jack in my student digs listening to Destiny’s Child’s Dangerously in Love album. I would think about my dear friend Toby and wish I was with him instead. I had ended up being bullied again. But this time it felt worse—the bully was in my bed.

A few months down the line, Jack admitted that he’d been deleting Toby’s text messages from my phone. His jealousy had got out of control and our relationship ended when he physically tried to hit me in my parents’ house when he visited during the holidays. I looked to the music of Destiny’s Child to help me process my feelings and find the strength to leave that toxic relationship behind. The bully was finally gone. I was free.

After 2006, much lighter years followed. Now a graduate, I was working and renting a place with friends. Beyoncé’s B’Day album was out and life was good. I had found a new boyfriend who I’d met in my final year of university, and my housemates and I were still pretty much acting like students, just with a little bit more money in our pockets. Tracks like “Déjà Vu” and “Freakum Dress” would be the soundtrack to a fun night out. We’d drink cheap wine from plastic glasses while applying far too much mascara and recreating Beyoncé’s dance routines.

The albums I am Sasha Fierce and Beyoncé have similar associations with the carefree days of my 20s that saw a move to London, the beginning of a fast-paced career and a totally new circle of friends. I felt like Beyoncé was having the time of her life, and so was I.

“”
It was something I knew she had been through herself, and I felt in awe at how strong she still was.

I Relied on Beyoncé’s Strength to Get Through Challenging Times

But in 2016, life had started to feel heavier. My boyfriend had become my husband, and we’d been trying, unsuccessfully, to have a baby for two years. It was a difficult and worrying time that made me angry and resentful. This coincided with the release of Beyoncé’s anticipated album, Lemonade, which told the story of her husband Jay-Z’s infidelity. As soon as it dropped, I plugged my earphones in at work and listened to it on repeat for the rest of the day. Every track was so full of rage, sadness and strength. It was exactly what I needed. I felt all of Beyoncé’s pain in her music, and saw my own reflected back at me in the process.

During the difficult months that followed, I began the grueling first steps of IVF to help us on our way to becoming parents. And then, after a single round of treatment, we finally got our baby. When our son was born and finally in my arms, I played him so many Beyoncé tracks. I sang “I love you like XO” to him over and over again. I was happy. I was content.

Two years later, on the morning of my son’s birthday, I sat and watched Beyoncé’s visual album Black Is King on my laptop. I was in the early stages of my second pregnancy but I had started to bleed. I knew I was losing the baby. I didn’t cry or panic or ring my mom in tears. I just sat and watched Beyoncé quietly. It was something I knew she had been through herself, and I felt in awe at how strong she still was.

I’ve never been able to completely put my finger on what I love so much about Mrs. Knowles-Carter. All I know is that she has always made me feel the same way through her many incarnations: Stronger, more powerful and resilient. Sometimes we just need someone we admire to remind us of our strength and help us navigate the chapters of our lives one day—and track—at a time.