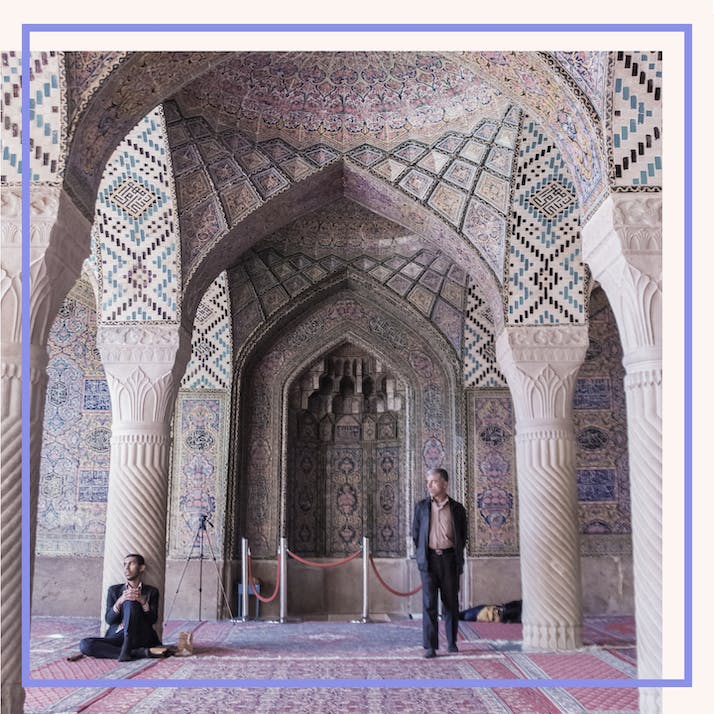 Being Gay and Muslim Makes Me Feel Alien

An Islamic man talks about his sexuality and its conflicts with his family and culture.

One of my earliest memories of knowing that there was something awfully wrong with me was on a Friday.

For as long as I can remember, my dad took me to the special weekly prayer service, Jummah, where I absent-mindedly sat through a half-hour lecture followed by the actual supplication. Attending these prayers was just a normal part of life and I never paid them that much thought. However, on this particular Friday, the words of the imam changed things for me.

Finishing off his list of everything that was wrong with the world, he decided to target homosexuals with a tone of disgust at the end of his sermon. His words describing people like me as being “mentally ill,” and a sign that Judgment Day was near, are words that have stayed with me for a long time.

Can I Be Muslim and Gay?

Sitting cross-legged amongst a sea of muscular, bearded men who silently nodded their heads in agreement with the words being spoken, I had never felt more ashamed of who I was than I did on that particular day. I tried to avoid eye contact with everyone around me as I hung my head low, pretending to be distracted again. My cheeks burned in embarrassment.

About to start high school, I was already at the age where I was beginning to question my sexuality. Growing up, I had always known that something about me was a bit special. A desire, in my younger years, to be like the sporty boys with the spiky, gelled-up hair had slowly grown into a longing to simply be with them instead.

Accepting one’s queerness is a difficult process for anyone. But understanding that not only are you queer but that your fellow Muslims also believe that your identity is a sin worthy of hellfire is a much more complex reality to grapple with as an adolescent.

The Muslim community around me was not helping me come to terms with this reality.

“”
I had never felt more ashamed of who I was than I did on that particular day.

It’s Not Just Islam That Makes Coming Out Difficult

Whether it be my dad calling me up moments after the Australian marriage equality vote was announced to tell me how disappointed he was in the country’s decision to vote “yes,” or my mum physically shuddering when my dad bought up how “unnatural” he thought gay people are—I have always hidden how I truly felt when around them. I never told them that the “mentally-ill, unnatural” people they were speaking of with such hatred was someone they birthed and raised. Someone they were speaking to at that moment.

I have always been too scared to tell them my truth. They still don’t know.

However, this feeling of alienation was not something that I felt exclusively from the Muslim community. The LGBTQ+ scene in Sydney has always made me feel just as out of place.

Whenever the annual Sydney Gay and Lesbian Mardi Gras parade was shown on TV, my parents hastily changed the channel, believing something comparable to pornography was being broadcast. Those nights, once my family was asleep, I watched the highlights of the parade on incognito mode on my laptop. Instead of feeling pride in who I was, I felt more alien than ever watching those images. I still feel the same sometimes.

Handsome, six-foot, muscular white men with glittered six-packs and tight briefs parade down Sydney’s Oxford Street, promoting a society with more diversity and acceptance. As a young, brown gay man with a very average body, I still can’t relate to the feeling nor experiences of these men who have essentially become the face of the LGBT community.

They remind me of the men who turn me down on Grindr because brown guys “aren’t their type” or harass me on apps to find out “where I’m really from” before the conversation can go anywhere. They remind me of the men who tell me they fantasize about having sex with a brown boy, who objectify me and see nothing in me beyond the color of my skin. The men who make me feel so sick of being me.

I am not the palatable, attractive, white gay man that this country has grown to accept. With my color and faith, I am too foreign and too divisive to be celebrated. The world simply isn’t ready.

The nights I stay up Googling the words “gay and Muslim” in a desperate bid to find some commonality online are some of the nights when I experience the most self-loathing. Comment after comment under news articles or YouTube videos focused on queer Muslims add to my negative self-perception. We are called “oxymorons” who “deserve to be thrown off buildings” according to some strangers online.

Sometimes it makes me crave validation from all the wrong places, and from all the wrong people. My desire to feel accepted has been so strong recently that I feel I am throwing away my values to finally feel normal and accepted—particularly during this past year.

“”
I have always been too scared to tell them my truth.

What It’s Taken to Embrace My Queerness

I found a random 31-year-old man online, ten years my senior, who I traveled over an hour to meet. He didn’t treat me the best, but I still chased the feeling I had when he gave me attention. For two nights, I let him do whatever he wanted. He was my first kiss and the first man I slept with. As someone who had never even held a boy’s hand before, I lost my innocence that night I met him.

Despite being with an older stranger who I met online, the simple act of holding this man’s hand made me feel safer and more like myself than I have ever felt before. It wasn’t the most perfect experience but for the first time in my life, something felt very right. It felt real.

As a young, gay Muslim guy, things certainly are not perfect for me. But they are getting better. When events like Imaan Fest (the world’s first Muslim pride festival) are popping up on my Facebook feed, I have hope for the future.

I have hope that my identity is not something that will always be anxiety-inducing but, instead, will be a source of pride for me one day. I have hope to be the queer Muslim role model for kids that I never had growing up.

I dream of the day I will walk towards my future husband on our wedding day as a saxophone cover of Ed Sheeran’s “Perfect” plays in the background. My parents, seated in the front row, proud of the man their son grew up to be. My friends, seated alongside them, being there for me one more time. The day I can finally celebrate my identity and my love.

I pray that day comes.