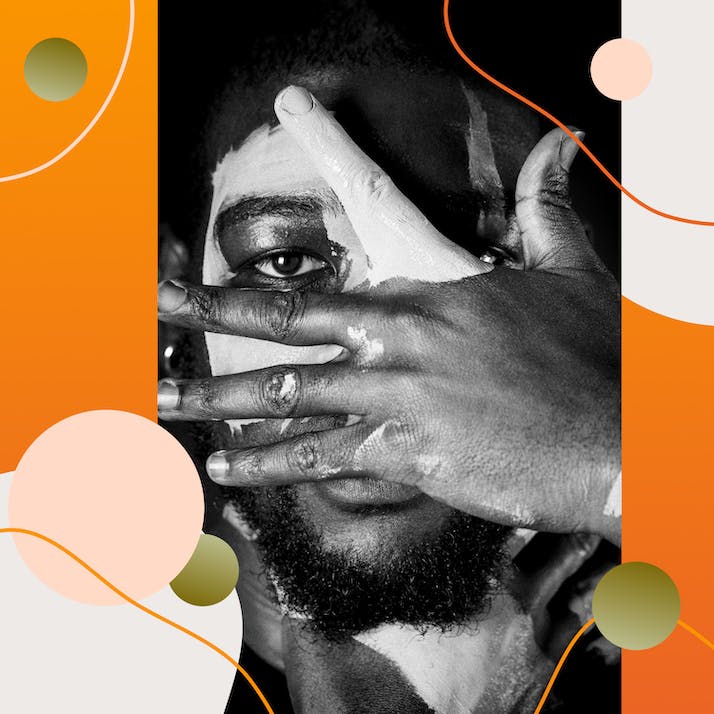 I'm a Black Man Who Experienced White Privilege Growing Up

A U.K. man who was born in the 1980s reflects on his youth in the wake of the Black Lives Matter protests.

Watching the almost ubiquitous outpouring of grief, anger, resentment, sorrow and subsequent empowerment as the Black Lives Matter movement reached its peak in May last year was a strange experience for me. On the surface, I am what many observers would consider Black; my skin is a coffee complexion, my hair has grown into dreadlocks, but my features are indicative of my mixed heritage. My mother is Caucasian, my father is from Jamaica—there are myriad genetic variables from both sides of my family, including German, some Irish, perhaps some Indian, European and, of course, African. It was strange to watch because I’ve never seen the world through the same lens as those who’ve been on the sharp end of the brutal oppression that has existed in our world for centuries.

I’ve Never Had a Good Understanding of White Privilege

My dad was never around, so my entire upbringing was within a white working-class family. I wasn’t alone though. Three of my mother’s four sisters also had children with Black men, so the majority of my cousins were also mixed-race like me. The Black Lives Matter movement seeks to redress the imbalance that currently exists in the world when it comes to the treatment of Black people at the hands of a system built on white privilege. It’s both blatant and covert, highly visible (e.g., George Floyd’s murder) and totally invisible, from daily micro-aggressions and the insidious prevalence of unconscious bias dictating the path of Black people all over the world to the racial slurs and abuse encountered by millions every year. The explosion of anger and violence that occurred not long after Floyd’s death was totally understandable in the context of the historic, incessant abuse of Black people, especially in America.

When the protests spread around the world and COVID-19 was finally eclipsed in the 24-hour news cycle, I initially felt the pangs of anger. One night, my partner was talking about dressing our baby daughter up as Elvis and I lost my temper, raging about this man who’d co-opted songs by Black artists and never paid them their dues, images of Floyd’s face squashed into the road with a policeman’s knee pressing down on his neck still imprinted onto my mind.

I am an unflinching advocate for equality and the rights of everyone to live their life free from discrimination and abuse. I must admit, though, that I have found it incredibly challenging to be classed as a Black man in need of saving from the system, particularly as I have been placed into a pigeonhole that, ironically, undermines my individuality.

“”
My dad was never around, so my entire upbringing was within a white working-class family.

My Mixed-Race Experience Has Been Atypical

My experience as a mixed-race man has been very different from what many people imagine. I grew up in a white household, with white values and saw the world through the eyes of someone raised in that kind of environment. I knew I was a different color, and even at four years old I asked my mom why I wasn’t gray if she was white and my dad was Black. But I didn’t have an upbringing that primed me for a life of oppression and discrimination, for a life that made me feel less than white people, for a life that was set up for me to fail. Something that I hear a lot from my Black peers is that they were always told that they would have to work (at least) twice as hard as their white counterparts. I never got that memo. I never got any memo. All I knew was that I was a different color from my mom, but life could be whatever I made of it, despite her being on the U.K. equivalent of welfare almost all my life.

Call that white privilege, call that blinkered, call that lucky. Call it whatever you like. That was my experience. Since I hadn’t been schooled on the troubles I would face in the big wide world, I was perhaps less “alive to” or aware of the subtle differences in the way I was sometimes treated by others. Sure, I saw women grab hold of their handbags when I walked close to them; I got the usual jokes about the size of my manhood; and people always assumed that I was “cool” and that I was a good dancer. I lost count of the number of times I was asked for drugs in clubs or never gained entry because the bouncers saw my skin color as a danger sign.

As I got older, I knew that there were things that would happen to me because I was dark-skinned, that probably wouldn’t happen to white people or at least not as often. But I never felt incensed and usually made jokes about my skin color to put people at ease. I believe in equality and I also believe that one of the most beautiful things about the human race is all our many differences. Humor is a healer, a tonic to our ills. I love to laugh at our differences, whether they’re cultural, physical or otherwise. Self-deprecation is a great way to break the ice and connect with people. Now people feel as though they have to tiptoe around me, not knowing what the “right” thing to say is, tripping over the word “Black,” even when they’re using it to describe an inanimate object.

I define myself as “mixed-race” because I want to be an “every person,” a human, rather than a binary racial category. Mixed-race, for me, means anything and everything. To begin with, there was, admittedly, part of that self-identification that came from a rejection of my father and my Black side. But I met him a few years ago and made peace with all of that. I have embraced my Black heritage, and have become close to him and his family. I have siblings who are very close to me in age, but their childhood experiences, with a Black mother, were very different from mine. I can empathize with them, but my life was not like theirs. I’ve lived a difficult, though eventually, fruitful life, carving out a successful career, traveled the world and achieved my dream—a humble, comfortable existence. At no point did I ever feel held back by an invisible system. Would I be more successful if I were white? I can’t answer that question, but I’m very content with what I’ve achieved and never feel as though my skin color was an obstacle to getting what I wanted.

“”
The fight for equality is a crucial one.

In Our Effort to Unite, We Can’t Forget About Individuality

The fight for equality is a crucial one—it’s for every demographic of our society that is being oppressed by a system that favors and protects a fraction of the global population and its privileged status. But activists must also remember that there is so much nuance in the experiences of those they’re fighting for. Being on the receiving end of racism can be subjective; friends and colleagues poking fun at each other might be harmful to one Black person, but harmless to another. That doesn’t make either person’s response less valid, it just means that we all experience the world through our individual histories.

It’s been weird for me to have been confronted with my Blackness and to have been commissioned work because of it. Increased awareness of my complexion has led to a very busy year since George Floyd died and I am grateful for the work, especially in a time of such economic strife. But it’s also been bewildering. I am by no means color blind, but I also wear my skin color without much consideration of its apparent burden. I’ve navigated life with the mindset that I am equal to others and, more importantly, I always treat others as I want to be treated: with respect, as a human being, and as an equal. Whether I’m talking to a wealthy CEO or a homeless person, you get the same eye contact, the same warm smile, the same attentiveness and the same compassion for your life and complicated history.

This is what drives me. It’s what I learned growing up in a household as the very first person in my family to have Caribbean DNA. I’m the oldest of my mixed-race siblings born during the 1980s, but I was never treated as above or below anyone else. This grounding, I believe, is essential to our race progressing. Acknowledging our differences, celebrating them, laughing at them and realizing we’re all together on this bumpy ride of life.