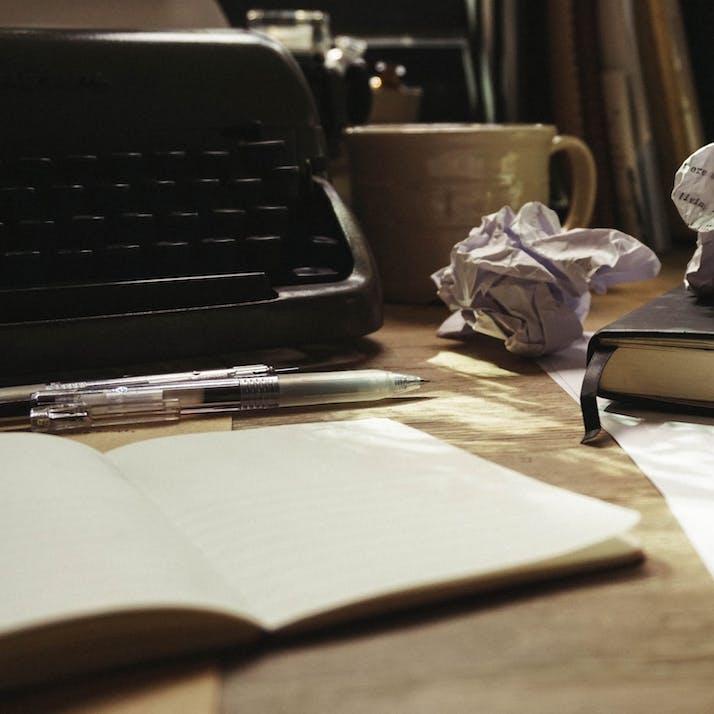 A Behind-the-Scenes Look at the World of Freelance Writing

Despite dealing with ghosting, scope creep and disorganized clients, freelancing has helped me grow and stick up for myself.

I love being a freelance writer, I really do. But I think it might surprise people to know some of the behind-the-scenes stuff about writing. I know I certainly have had my eyes opened on more than one occasion.

“”
The pay kind of sucks for all the work that goes into writing their articles.

Some Freelance Clients Take Longer to Pay Than Others

For instance, the number of people who think it’s acceptable to pay freelancers late is quite shocking. Some people are likely just disorganized and don’t mean anything by it. I worked with someone who runs a small marketing agency, and he habitually paid late. It was kind of built into my routine with him: I’d send the invoice. I’d do the work. Two days would go by. I’d check-in, and he’d ask me to resend the invoice. It was really not a huge deal, but it did irk me a bit. Why couldn’t he just pay me when he got my invoice?

Other publications, I’m not so sure about. It could be that they’re disorganized. Or just spiteful people, but that’s a thought I usually only have on my difficult days. Ironically, one financial-focused publication once owed me for four articles, and I had to keep hounding them for payment. They seriously didn’t even respond to my emails for a while there, and I had to get my editor involved. Luckily, they were just temporarily swamped and got back on track with payments.

Then, there are the writing rules. They vary with every publication, business, nonprofit and marketing agency that I’ve ever worked with. Some places have zero written rules about the style of their writing—you just sort of figure it out from existing materials, which can be a little tricky. You basically make it up as you go if the client hasn’t created any other content.

Other places are completely opposite of that. One publication I write for has 11 (and counting!) different Google Docs chock-full of pages and pages of information about their style, the words they do and don’t use, source guides and more. And, to make matters worse, they created all kinds of videos about how to use their particular content management system where we upload the articles. If there’s one thing I personally hate, it’s watching a video to get the information I need.

And honestly, it’s not worth my time to read through every single page and watch every single video. Often, they’re quite pointless. And this same publication sends out weekly emails with “tips and reminders” because they have us so bogged down with these documents and videos that freelancers overlook or forget certain details. To top it all off, the pay kind of sucks for all the work that goes into writing their articles.

Ghosting Freelancers Is All Too Common

At least they don’t typically ghost me, though. And usually, the same people ghosting me are the ones who are notorious for scope creep and for late payments. Take the marketing agency guy who always paid me late, for instance. We agreed on a certain number of revisions for the writing projects I did for him, but he kept sending me tidbits and pages to rewrite. And rewrite again. And again. I lost count, actually.

And because I have poor boundaries (something I’m working on), I just did the rewrites. Sometimes, it feels easier to me to just rewrite the same stupid paragraph eight times because the client can’t articulate what he wants rather than just tell him no.

So two months after he imposed a ridiculous deadline (which I met, I might add), he asked for yet another rewrite of something for that same project, which was supposed to be finished. I thought about it carefully and even asked my business coach for some backup to make sure I was in the right. I firmly but politely said his ask was out of the project scope, but I’d be happy to do the extra edits for an additional fee. He quickly responded and said he wasn’t asking for a rewrite (he was) but that it was fine, and he didn’t need it anyway (he did).

And after I put a stop to his scope creep, he ghosted me. I even checked in with him via email because we were supposed to work on other projects. Haven’t heard a peep from him since.

Another surprising fact about freelance writing? Some of the publications I write for don’t really bother checking my work for accuracy, while others are sticklers. The publication with the crazy number of style guides and videos definitely reviews what its freelancers write and makes sure the sources are accurate and appropriate.

I suspect that a pet-focused publication I used to write for, on the other hand, just publishes whatever its writers turn in. I’d rather have an editor double-checking my work, just because I’m not perfect and I do make errors.

And I’ve written articles about products for some places without even trying the products—because the publication has affiliate links that it makes commission on. I do my due diligence, of course, in checking out reviews and whatnot. But after knowing this, it gives me great pause to just pull up an article on Google and trust it these days. Not that people are trying to deceive necessarily, just that sometimes a proofread can go a long way. Having an editor just go through and verify the product facts or reviews, for instance, adds a level of authority, in my opinion.

“”
And then there are the publications that are just downright awful in every way.

Freelancing Has Its Pros and Cons

And then there are the publications that are just downright awful in every way. That pet-focused publication, for instance, was one of the worst to work with. At first, it was great. I sent a cold email to them asking if they needed any writers. The owner responded that they didn’t, but we ended up emailing back and forth a bit.

After the owner found out I really am a crazy cat lady (courtesy of the literally thousands of cat photos on my phone!), she brought me on board as a writer. The pay was kind of terrible, but I was newer to freelance writing and enjoyed working with her. She rarely requested edits, was polite, respected me and my time and was basically just super easy to work with.

Then, she sold the company. The new owner was the perfect example of a client you never want to work with as a freelance writer. He threw so many red flags in a short amount of time and then, of course, continued to be a jerk the entire time I dealt with him.

For one thing, he thought he was doing me a favor by paying me shitty rates for those articles. To make matters worse, he insisted on doing a Zoom call when he knew I was out of the office. I specifically told the old and new owners that I was taking time off but would be happy to jump on a call the following week. Nope, not good enough for this guy.

I stupidly gave in, and we had a pointless (of course) call via Zoom. I stated, in no uncertain terms, again, that I was taking time off and wouldn’t be available until the following week. It felt a little over the top, but I wanted to be absolutely sure he understood that I wasn’t going to be available.

Turns out, he didn’t understand. Or, probably more accurately, he purposely ignored me.

He contacted me on vacation (the one he knew I was on) to bully me into signing a contract at the last minute. He texted me that I absolutely had to sign this stupid contract before I got back from my getaway. I tactfully declined, saying I couldn’t give it the proper attention something that important deserved.

He pushed. He told me I was the only writer who hadn’t yet signed and I’d hold up their ownership transfer if I didn’t sign that very day. I had several choice words for him, but I held back. I took time out of my planned vacation just to make his lack of planning my priority. (So maddening!)

He was another late payer who I’m pretty sure did it on purpose, just because he was an asshole on a power trip. And about two months in, he emailed me to let me know that I wasn’t being a team player and that I would be done writing for them. You better believe I gave him my thoughts before walking away—in a very professional manner, of course, unlike him.

What I’ve learned behind the scenes as a freelance writer is interesting, shocking and sometimes downright unbelievable. But I love the freedom and flexibility that comes with writing. And all those crappy clients are definitely helping me stand up for myself.