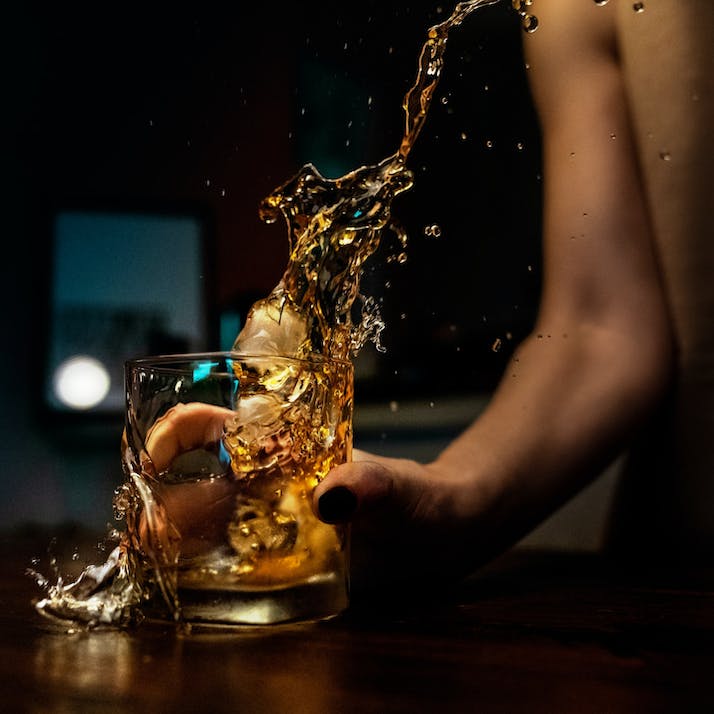 My Experience as a New York Bartender: No, I Don't Want Your Phone Number

A New York bartender lifts the curtain on American drinking culture and shares her perspective from the other side of the bar.

It’s perfectly socially acceptable to dine out in New York City while getting shit-canned wasted, with one eye open so that you can try to tell a cab from a plain yellow car during your wobbly wave down. Most bars don’t even serve food. The closest thing is ice or the juice you mix with your gin or the soda added to your bourbon. Working behind the bar in America’s largest city has shown me that money doesn’t buy happiness. But it can buy hangovers, bad decisions and total blackouts. And I have been the enabler.

I have also been on the other end.

“”
Working behind the bar in America’s largest city has shown me that money doesn’t buy happiness.

Life as a Female Bartender Includes Judgment and Unwanted Attention

People leave their numbers for me on coasters while they are on Tinder dates. One threw a chair at my manager when he was asked to leave after I tried to politely decline his slurred attempt at asking me out. Others have mocked me and accused me of sleeping with the owner for a job because I looked too young to serve alcohol, even though I was way over the age of 21. Another scathingly yelled at me after I denied his entrance because he wasn’t 21 by saying, “You will only ever be just a bartender!”

To which I replied, “You mean, I’ll keep making money and have a ton of free time?”

The judgment of those who spent hours slurping down whiskey while talking in circles to anyone who would listen was always revealing. America’s obsessive drinking culture has allowed for me to go on some sweet vacations, but I can’t help but feel how shallow and soul-sucking the job can be.

People come to bars because they want to be seen. They want a scene. Some still have trauma from being cast out from the cool kid’s lunch table, and others want to blur out their trauma and slip into a dark abyss of libations. Taco Tuesday turns into Taco Thursday after one margarita turns into a bender and the dreams of a young, bright-eyed transplant of the city begin to fade in an effort to network and socialize.

Let’s be real. America’s drinking culture is toxic, and we all know it. But we continue to post photos of our buddies doing shots on social media, and we continue to throw parties with only booze involved. We go to happy hour with our co-workers, and we pick booze cruises over learning to sail. And when we decide to stop doing it and replace it with an activity that is better for ourselves, we lose friends and are made to feel like we are losing out.

“”
Let’s be real. America’s drinking culture is toxic, and we all know it.

Bar Culture Can Be a Sad Reality

As a bartender in New York City, I have watched people spend hundreds on drinks at a time. Some would order a bottle of booze at the bar for close to a grand, when it’s less than fifty dollars at the liquor store. The only difference is that it comes with a hot waitress carrying a sparkler and the opportunity to make the crowd wonder if the buyer’s famous (or if they can get a freebie from their bottle).

People will wait in line to pay $40 to get into a club where the drinks start at $20 apiece. And now they’ll get vaccinated to do it because being around a bunch of hot, sweaty bodies grinding to techno in a room packed like a can of sardines gives them a sense of community.

“I don’t want to eat because I won’t feel drunk,” I heard one patron say as I watched guys prey on a young girl nearby who could barely stand up straight.

I’ve been called racist for denying service to someone who was clearly intoxicated. I had a group of grown men wait for me to walk out at the end of my shift, and I’ve had someone try to take a video of me, I assume in an effort to get me fired, after telling her it was time to go. The customer is not always right, and we make that known in the city’s darkest dwellings, but the entitlement always shines through. All for a drink.

I often questioned if there was life outside these velvet-roped entryways that people want so badly to gain permission to pass. These places look glamorous and appealing in a movie, but they are merely filled with complacency and people swaying their bodies in a mimicry, dancing before they stumble out of the same doors at 4 a.m.

As a Bartender, My Social Life Was Rooted in Booze Culture

We discovered during the pandemic that without these buildings being open, there is little life in the city. I learned that most of my friends would rather come together for a drink than drive a few hours with me to go for a hike in the woods. I learned that if I didn’t see someone out at a bar, I probably would never see them again.

I’ve learned all of this because I’ve started to crave more than what booze has to offer. My thirst for blue agave has diminished as my thirst for experiencing life has grown. This has meant saying farewell to the fake parties, the expensive nights out with friends that don’t keep in touch and staying out late for something that has become more of a nightmare than FOMO. But I’ll keep listening to stories of heartbreak and the celebratory speeches and keep watching disingenuous interactions take over while self-dignity is thrown away at the door—and I’ll still make you another martini before last call.