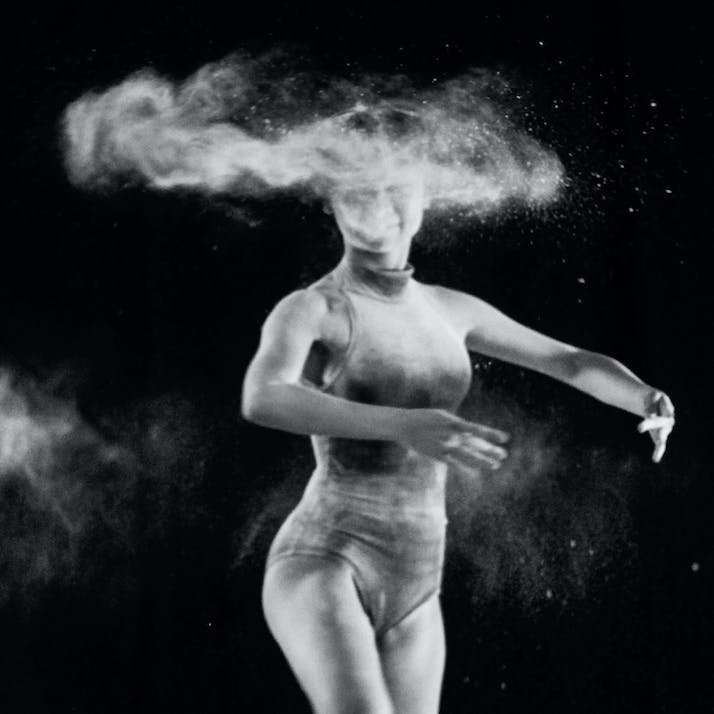 I'm a Ballerina and I Use Alcohol as a Coping Mechanism

How a lifelong, pressure-filled pursuit of dance led to destructive behavior.

There’s an acute pinching and strain that starts deep in my hip flexor and runs down the back of my leg. Gently, I rotate in and out of a side lunge stretch that’s probably doing more harm than good. I sit in the discomfort a few more seconds before awkwardly releasing my body from the stance, and I make a mental note of yet another permanent physical limitation.

The whole time, part of me wonders why, at age 30, I still can’t seem to accept that I won’t ever be a ballet dancer.

There’s a common, if rarely discussed, understanding among adult ballet students that we aren’t taken seriously by the ballet world. And why would we be? After a certain age we’re simply not going to get any better, no matter how much passion, determination and hard work we put into it. That point usually comes in your 20s, when you’re still sprightly and resilient enough to become any number of other impressive things, but too old to choose ballet as anything more than a difficult, perilous and emotionally draining personal uphill battle that we disguise as exercise.

It wasn’t always like that for me. Like so many girls, ballet began as something my mother enrolled me in at a young age. As cheap sparkly tutus and girlish routines started making way for technique, discipline and the foundations of proper training, many of my peers dropped out and took up more traditional sports, never to look back. I don’t know if it was love for dance or just the challenge of it that drove me, but as ballet became harder I became more deeply invested.

By my early teens, I'd had years of intensive training and was well on my way to mastering the classical technique. I was doted on by peers and praised by instructors, who urged me to attend Boston Ballet School. I could easily have had a professional career, but when I was 18 I chose college instead and left ballet behind for almost eight years.

“”
I still can’t seem to accept that I won’t ever be a ballet dancer.

When I Started Using Alcohol as a Coping Mechanism

After I stopped dancing, I ran headfirst into a new set of passions. I moved to the woods of New Hampshire, enrolled in a rigorous English program at a small university and became fiercely involved in my academic community. At the same time, I was working as a lead line cook at an established restaurant in my small town, which is where I developed an alcohol problem.

We would drink. Oh, would we drink.

Sometimes, seated at the restaurant bar after the dinner rush, I would mention my dancing past. I’d talk about the talent and promise I had, the obsession ballet had been for me, the world I could have been a part of—and every time I’d feel a muted twinge of longing for that past life of mine.

Looking back, I’m shocked by how much ballet ceased being a part of my identity after high school, vaporizing out of my existence until it only occupied a faint space in my mind—like the memory of a recurring dream. For a long time I filled the void it left behind with friends, work and books. And lots of alcohol.

I rediscovered ballet when I moved to Denver. After living hard and fast in classrooms and kitchens for eight years, I went west seeking change. I changed professions, scenery, people and habits. Everything felt bright and new. One afternoon, high on pride for my new life, I dug out an old pair of leather ballet slippers, got in my car and went to class.

Returning to Ballet Wasn’t the Homecoming I Expected

From the moment I put on my slippers and approached the barre, I felt home. Even after eight years, the physical memories of ballet were still alive in my body like so many phantom limbs. In returning to class, I expected that dance would flow out of me naturally, that technique would greet me like an old friend and that after my time away to gain life experience, I would reassume my familiar role of class prima.

It did not. It wasn’t even close. I fumbled through exercises I’d once done with ease and aplomb. I sensed that I was being judged. I felt ashamed and disappointed in myself. I went back to my apartment that evening, soaked in the bitterness of my bruised ego, and headed straight for my other home: wine.

That first class was almost five years ago. I dragged (and I mean dragged) my ass back to class the following week. And the next, and the next. For a year, I took the same class with the same instructor, noticing minor improvements but feeling overall like I was wasn’t making any progress. I tried to be meticulous with my every movement, praying certain joints and muscles would wake up and remember old techniques, but they didn’t. While that year of ballet was anything but joyful, it felt like the self-imposed punishment I deserved for having abandoned it years before without a second thought.

And then about a year into this adventure, I showed up to class with a different strategy. Just dance for yourself, I thought. Dance to feel good. Don’t dance to impress. I let my body steer and gave my mind a rest, and that natural, easy feeling started to come back. Movements felt jubilant again.

A few weeks later, at the end of class, my instructor shot me a quick wink. “Good job,” he said.

Sometimes I wonder if I should’ve let that be enough.

Over the past five years, my once-a-week class on Thursday evenings has grown to two, then three, and now six classes a week, each an hour and a half long. I’m back in the top ranks of my classes now, and that matters to me. Prior to quarantine, I’d rotate between three different studios, frequently taking blended classes with professionals and hobbyists alike, and on multiple occasions, some of the class pros mistook me for one of their own.

As good as it feels to have accomplished something as truly challenging as relearning ballet—and as good as it feels to be known and recognized for it—it’s strangely not enough. There’s still that new pinching in my hip flexor. My splits hurt. My knees ache. My turnout is dangerously forced and awkward.

I know none of these ailments will ever go away. On the contrary, they're only destined to get worse. And rather than working with me to improve these things as they once did, my instructors now resort to offering pointers on how to forego lost techniques in order to avoid injury. I’m not worth it anymore—the attention, coaching, and conditioning I once deserved are now better spent on today’s young prodigies, with their supple joints, their pliable limbs and their best years still to come.

I Use Ballet as an Excuse for My Alcoholism

When I say that ballet is a hobby I take too seriously, I refer to a tragic passion for a sport, a form of expression, a community that does not take me seriously. I drink heavily in part because I know that in dancing today, I make a vaudeville of myself and my past self. I drink in rebellion, I tell myself—a vice that I’m free to indulge in as long as the ballet world won’t have me as one of its precious own.

While I know I can’t fault the dance world for my alcohol problems, like most addicts, I know I use it as an excuse to drink. Truly, I think both my alcoholism and my complex relationship with ballet are a reflection of something more essential about me that wants to be everything, that won’t let any of it go.

Knowing the beautiful life I’ve had, do I still wish I could go back and pursue a professional career? Yes, sometimes. Do I wonder “what if” too often? Definitely. Do I relish the physical self-destruction? I think so. In fact, part of me tells myself I deserve it—and so four, five, six days a week I squeeze myself into a leotard and soft Capezios, hate on myself in varying degrees through every combination and hurl myself like a fool towards now-unattainable ideals.

And afterward, I drink it off.