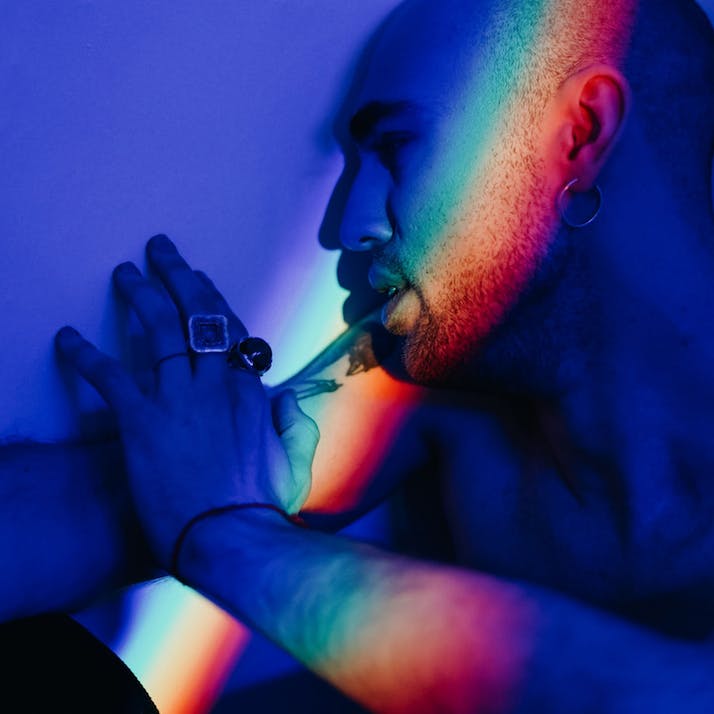 My dissertation didn’t get the grades I wanted, but it opened my eyes to a practice long considered obsolete.

As I read the poem I’d written about my trans sister, I didn’t realize it would start a chain reaction of events that would lead me to losing marks on my creative writing M.A. dissertation and my overall grade. But I discovered something more important.

A member of the poetry group suggested I listen to a recent interview about aversion therapy that had been on the radio. A few days later, I tracked down the interview, listening to the guest talk about their experiences of being trans and how their mother coerced them into aversion therapy. It sounded awful, and I wondered why anyone would think it was a good idea to put someone through that ordeal just to make them fit into their rigid idea of being normal.

I delved into websites, books and other recordings to learn more, but nearing the end of my creative writing M.A., I had to decide what to write about for my dissertation. This had to be a 15,000-word story, an extract of a work-in-progress or a collection of shorter fiction. I decided I could combine wanting to learn more about aversion therapy into it.

“”
It’s not just happening in the U.K. but in the U.S. and other countries around the world.

I kept the idea of a man being coerced into therapy by his mother, but I chose my character to be gay instead of trans. I created two timelines. One followed this character set in the modern-day. The other followed a doctor who married a woman, despite being gay, in the 1980s. He wanted to hide his sexuality and took a job at a private clinic, standing by for years as he witnessed the barbaric way gay men under his care were treated. Eventually, the two characters met.

Although aversion therapy doesn’t take place in hospitals, I came across several articles to confirm it did still happen in the U.K., where the story was set and where I lived. So I set my story in a place that the characters referred to as a private clinic; it didn’t follow any of the conduct you would expect at a reputable place.

I sent the first draft to other students to critique while I read and critiqued their work. Several of them said the recent timeline was unrealistic because aversion therapy doesn’t happen anymore. I doubted myself enough to reread the articles, which confirmed it did and quelled my concerns. After that, I explained the research I had done and the sources I had found, receiving great feedback from my tutor on the summary and easing any more worry.

After submitting my dissertation, I waited patiently, eventually opening the fateful email and seeing the mark, a few points away from getting a 2.2. (Here in the U.K., nobody cares about a grade lower than 2.2, even though 2.1 or better is the preferred grade.) Then, I read the feedback. My first thought was how unfair it was. The brief comments stated I should have set the whole story in the ’80s because aversion therapy doesn’t exist anymore. It was impossible to know exactly how many marks this wrong assumption had lost me, but it was likely I would have gotten a 2.2 if they hadn’t deducted them for it.

Why Weren’t People Aware of This Ignorant Practice?

The disappointment of studying part-time for two years only to see my hard work wasted quickly turned to something else. I kept thinking about the fact that several educated people thought aversion therapy no longer happened in the U.K. I had lots of news articles saved on my computer saying otherwise, and I’d read about people being raped in an attempt to “turn them straight.”

I heard stories of acts that could only be described as torture and would be inhumane if they were being done to an animal. In fact, when animals are treated badly, campaigners often fight to get the perpetrators to stop, and it usually gets featured in the media. So why weren’t more people talking about this? Why weren’t they protesting? Why wasn’t it dominating the news? It’s difficult to know exactly how many people have been forced into aversion therapy because not everyone talks about it. But even a small number is too many.

That’s when I realized that outside of the LGBTQ+ community, most people weren’t aware of aversion therapy—either at all or, just like the students and tutors in my course, they assumed it no longer happened. If this were true, it would explain why there wasn’t more attention and outrage around it.

“”
Why weren’t they protesting? Why wasn’t it dominating the news?

As aversion therapy was debated in Parliament, I closely followed the news, which was difficult to find unless you knew where to look. Though the government has now agreed to ban it, it doesn’t mean it will end instantly. I believe there is still a lot of campaigning that needs to be done, and people need to be made aware that it still goes on today. For that to happen, people need to come forward with their own personal stories, and the media needs to stop gatekeeping and open up the floodgates to give them a platform to inform the wider public. It’s not just happening in the U.K. but in the U.S. and other countries around the world.

When I look at it that way, the grade for my creative writing M.A. doesn’t seem as important as it did in those first moments of disappointment. The qualification still helped me gain a couple of opportunities, like the regular freelance work I picked up last year (and still do now), and no matter the grade, I still have the knowledge from studying. I just tell people I have the qualification and passed, but hardly anyone ever asks about the degree classification anyway. If it does come up, it gives me an opening to start a conversation about aversion therapy.

The important takeaway is that I learned more about people who are mistreated for being anything other than straight. It’s made me want to share this knowledge with other people and help to make a positive change. The more people outside of LGBTQ+ community are made aware of aversion therapy—and that it still happens—the more they can do to amplify the voices of those who have been (and are still being) subjected to it.