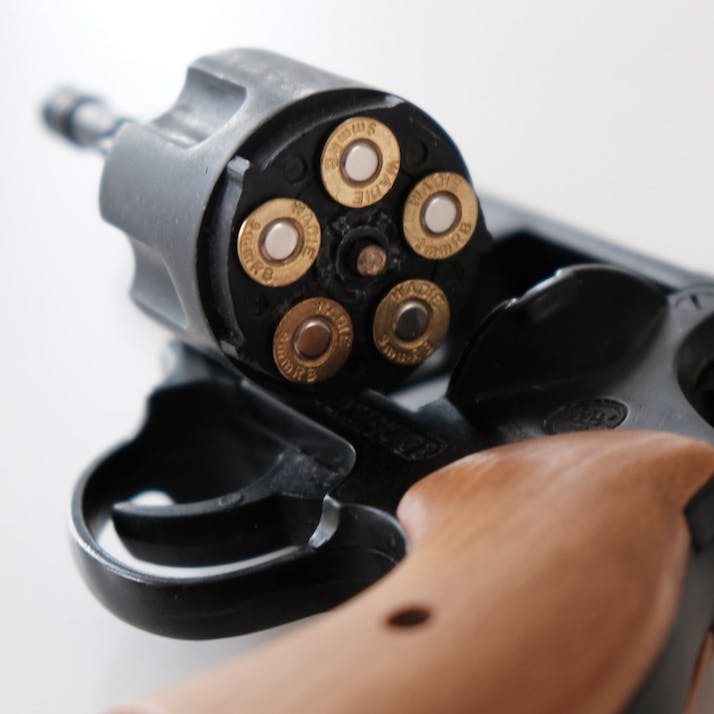 I’m an Assistant Director: The ‘Rust’ Shooting Could Have Been Prevented

Halyna Hutchins’s death is another tragic example of studios and production companies not investing in the safety and well-being of their crews.

When it comes to making movies and television shows, there is absolutely nothing about the process that is worth dying for. Which makes what recently happened on the set of Rust an absolute tragedy, and 100 percent avoidable.

For those who may not have heard about the situation on the set of Rust, here is a very quick, down and dirty recap: On Thursday, October 21, 2021, actor Alec Baldwin discharged a weapon on set, accidentally shooting both the director of photography, Halyna Hutchins, and the film’s director, Joel Souza. Souza was treated and released at the local hospital, but Hutchins, who was struck near her stomach, died from her injuries.

According to the subsequent investigation, three people were reportedly in charge of handling the weapons on set, including both the first assistant director and the on-set armorer. There had been rumors prior to the incident alleging that there had been repeated safety issues on set, culminating with the entire camera crew walking off due to concerns hours before. Had their concerns been addressed before the incident, and had proper safety procedures been followed during the filming of Rust, none of this would have ever happened, and the bright and rising career of Halyna Hutchins would never have been cut so tragically short.

“”
There is no fucking way that a gun should have ever been handed to Baldwin by the assistant director.

There Is No Excuse to Abandon Protocols and Checkpoints

How do I know?

Furthermore, both the director of photography and the director should have been behind safety shields—and the gun should never have been pointed directly at anyone. Cheat those angles! It's possible!

Finally, in this day and age, everything could have been done in post-production—from muzzle flashes to squib bursts—meaning there is no reason there should have been a gun capable of firing a shot on set in the first place. Don't believe me? Watch John Wick 2. They used CGI and it looks amazing.

Assistant directors are responsible for safety on set. Full stop. It's why we are required to take mandatory safety-pass training. It's up to us to make sure that anything dangerous is properly addressed so issues like this don't happen. There is no excuse for not doing your job and ensuring the safety of every cast and crew member.

Streaming Has Created a High Demand for Quick Content

What I just described is the protocol for what should have happened on set. There are checkpoints all along the way that would have prevented this accident had anyone taken the time to do things the way they are supposed to be done. Unfortunately, today’s faster, cheaper, race-toward-bigger-profits-by-cutting-corners-along-the-way approach to production seems to have become all too common. And until things change, this sort of tragedy is going to be repeated again and again.

With the advent of streaming and the ability for people to watch their favorite shows in hyper-compressed binge fests, the demand for entertainment has never been this high. As a result, production companies and studios are churning out content at a record pace, often at the expense of the crews that make them.

Working on a film set can be a brutal grind. Ninety-plus hour weeks are common, and the term “Fraturday” (where you start your day on a Friday afternoon and end it on a Saturday morning) is almost a guarantee. It’s also not unusual for the production to be shot at a location hours away from where the cast and crew are based, meaning travel has to be taken into account—both going to set early in the morning and coming home late at night when the crew is exhausted and desperate to get home to sleep. Sleep itself is a luxury. For many crew members, while there is a guaranteed “turnaround,” that time is spent prepping for the next day, meaning sleep is cut short so other aspects of life can be taken care of.

“”
Until things change, this sort of tragedy is going to be repeated again and again.

I Almost Experienced a Tragedy Similar to Rust

I have personally experienced situations like this time and time again while working. I’ve had shoots requiring me to be on set at 5:42 a.m., in order to be on hand for the actors’ hair and makeup process, and stay until 10 p.m. to ensure the last crew members had left before doing it all again the next day. One project forced me to wrap up shooting, head to the airport, fly cross-country and then start the next shooting day just 12 hours after landing. My flight was delayed, however, and I ended up sitting in the airport overnight, waiting to catch the very first flight out that morning. I got back to Los Angeles just an hour before the crew call—I’d been awake for over 24 hours—and was expected to report to set and work another 16 hours. I managed to grab a nap in the cab from the airport and then again for 30 minutes at lunch. I don’t even remember driving home that night.

Finally, in perhaps the most terrifying near-miss I have ever been involved in, I was on a shoot with a substantial amount of weapons on set. We were prepping for a large gun battle scene. Our armorer’s team had previously prepared all the weapons for the scene and had them standing by ready to go. Prior to cameras rolling, our stunt coordinator and armorer were handing out weapons to our actors. As is customary, they examined each weapon before handing it off to the actors and discovered there were several live rounds that had been included in a box of blanks, which had been loaded into the clips by a more inexperienced member of the prop team. Had those weapons not been checked, either through negligence or due to a hyper-compressed “hurry up and just hand them out” time crunch, we could have very easily been our own Rust.

There are changes that can be made to make this entire industry safer. While it’s entirely possible for those decisions to come from the top down, the greater reality is they will come from the bottom up. During the pandemic, many in the industry were deemed “essential” and allowed to continue working while the rest of the world shut down. What many of us in the industry are now realizing—as we grind away on our impossible schedules, trading sleep and sanity for the ability to churn out more binge-worthy content—is that what those above us forgot to say is “essential” was only part of how they look at us.

We aren’t just essential to them and their process; we’re essentially disposable.