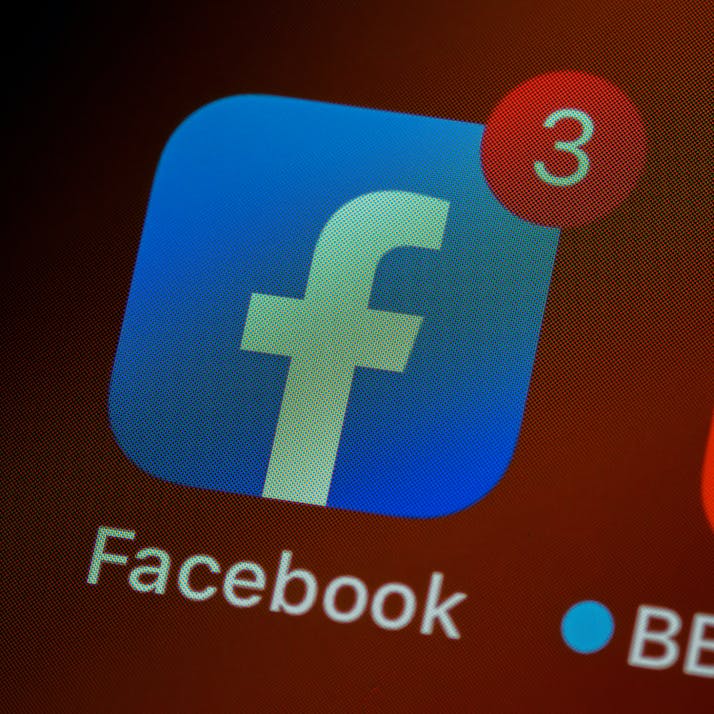 I Debate Conservatives on Facebook and You Should, Too

A progressive man explains that his Facebook posts are the best way he can get through to his conservative family and friends.

Just before lockdown, I started a project. I had a bunch of old cassette mixtapes that I wanted to rip to digital and I thought it might be fun to share them with my friends over the internet. I wasn't sure about the whole IP rights thing—or if my mixes would get taken down because of them—so I decided it would be best to do the whole project on a "friends only" basis instead of posting for the whole internet. There really was only one platform that made sense.

I wasn't happy about it, but I was going to have to use Facebook.

I started making friends-only posts with the mixes in mid-February. At first, I'd post some short text that mostly highlighted the bands and the music. But as the coronavirus spread and America went into lockdown, I found myself with more time on my hands. The posts grew into rambling missives about what life was like for me and my family in this time where we couldn't see anyone in person—a little family Christmas letter every day. It was great. Old friends, some of whom I hadn't heard from in years, wrote me notes telling me how much the posts helped them get through the week. It was encouraging. I resolved to keep it up.

“”
I wasn't happy about it, but I was going to have to use Facebook.

The Personal Is Political, Even If You’re Just Posting Old Mixtapes

Yet it also became impossible to not talk about what was going on in the wider world. Like many people who use Facebook these days, I tried to avoid talking politics there, aside from the occasional discussion among small groups of close friends. During the 2016 election, I had done my fair share of arguing about politics on Facebook, but since then I tried to keep it quiet. I had unfriended many people who’d started spouting hateful politics, but like many Americans, some of these people were my family—and family is not so easy to unfriend.

In those terrifying—but, in retrospect, halcyon—early days of the pandemic, when we were all staying in and sticking “stay home” stickers on our Instagram posts, talking about the coronavirus didn't seem like the same thing as talking about politics. But as Trump encouraged us to drink bleach and reports came in of feds stealing shipments of PPE from states, it got harder to believe that was true. I knew people were cheered up by the distraction, but it felt hollow to write funny posts about gardening and sourdough when friends were losing jobs and homes. I tried to walk a fine line, keeping up the cheery anecdotes but also acknowledging the challenges of this new world.

For a while, it worked. But eventually, inevitably, the wheels came off. As the facts around Breonna Taylor's murder became known nationwide—months before George Floyd's—I wrote a long post about police brutality. A few people commented, and there was some pushback, but all in all, it went all right.

It felt good. I was encouraged.

Then, after the nationwide protests began, I felt paralyzed. We live far from the nearest city, and have a small baby and my husband’s at-risk mother in the house. It was impractical for us to go to the protests, but I felt I had to do something. It became clear that I could no longer keep up this gentlemanly facade of not talking about politics on Facebook. I had a captive audience of a few thousand "friends,” and I felt it my duty to speak out. I knew from my time on Facebook that most of my friends agreed with me, at least broadly, on most political topics. But I also knew there were plenty who didn't. I’d also had this growing sense of being outmaneuvered by those on the other side. For some time, I'd felt like my previous approach—disengaging and removing those toxic viewpoints from my life—was failing. I felt like us leftists and liberals were ceding the public sphere to more hateful viewpoints without a fight. I was tired of playing defense, and I suspected I wasn’t alone.

“”
I have a bad habit of never, ever letting people forget about Brett Kavanaugh.

How to Have a Civil Conversation About Politics on Facebook

So I plunged in.

Not just lightweight affirmations, but long posts about the intellectual underpinnings of defunding the police, about the Supreme Court cases that lead to qualified immunity, about China's treatment of the Uighurs and other topics I thought were important. (I have a bad habit of never, ever letting people forget about Brett Kavanaugh.). I posted about the toxic effects of hate speech, and the pernicious influence of the major internet platforms, including the one I was on at that very moment. I'd read through long legal documents and explain to 3,000 people what standing was in court cases, the current debates that raged around it and how it applied to Oregon suing the feds about their goon squads.

I made a few resolutions about how to approach these posts. I would write my opinions, and if someone argued with them, I would respond only once—twice, tops. I would be okay with them getting the last word. I wouldn’t bring the fight to their pages or posts. And I would return to a default polite state with them afterward.

I haven't been completely successful with this.

One friend and I are some 200 comments deep into an argument about the Harper’s letter and cancel culture as a whole. He keeps it civil, I keep it civil. Perhaps we aren’t changing each other's minds, but I feel like maybe, just maybe, I'm getting him to look at things from a different perspective.

I even wrote a meta-post about how well this whole experiment has gone, even though I know there are people out there who disagree. I have a few aunts and uncles I know to be, shall we say, on the far right of the political spectrum. I know they’re reading these posts, because they still comment when I talk about gardening or their nephew or a recipe I like. So far, I've not had to ban anyone. I've not unfriended anyone. What has happened, though, is more friends have written that the posts are still making them feel better. And I can hope that the whole experience has had some positive impact on those aunts and uncles. It's not much, but it's better than saying nothing. It feels hopelessly small, like I could do more. But then one day I realized this isn't the thing I'm doing to help. It's a thing. In John Lewis's final letter to us, he said, "Each of us has a moral obligation to stand up, speak up and speak out. When you see something that is not right, you must say something."