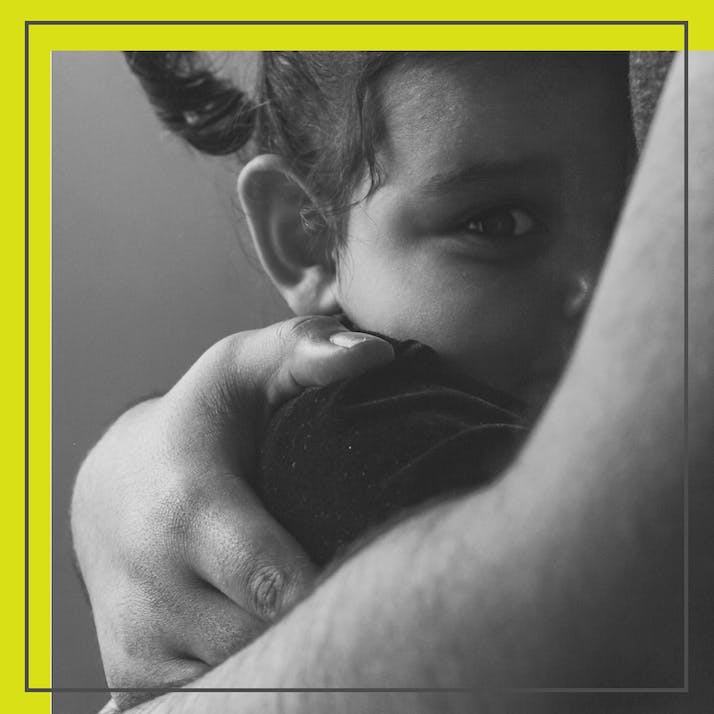 Notes From the Anxious Parent of an Anxious Child

I refuse to let my daughter go through the same struggles as I did as a kid with anxiety.

I’ve lived with fear beneath the surface for as long as I can remember. Stepping out the front door was a struggle, sitting and eating with others could be a burden and school was a constant battlefield. My days tessellated between lacking the compassionate strength needed to maintain friendships and not being able to dredge up the confidence to assert myself against bullies. Teachers pointing out my shortcomings only heightened my anxieties, putting distance between myself and others and leaving me lonely.

But I have a new, more pressing anxiety, one that’s followed me into my 30s: that my 4-year-old daughter will experience the same. Some mornings, she doesn’t want to go to school, and sometimes coming home, she is tired and wired with anger or sadness. It would be easy to dismiss this as typical kid moods. But if I consider how she’s feeling through the memory of how school wore me down, it’s too close for comfort, and ignoring it feels like neglect.

“”
This was the fear I’d known would take her one day.

My Young Daughter Was Clearly Exhibiting Anxiety Over School

One morning, the rising wave of some emotional turmoil inside her loomed to the breaking point. She was putting on her uniform, struggling with buttons. She wouldn’t let me help, and each refusal ramped up her frustration. I was losing patience because I wanted to get her out the door. My own anxiety commits acts of sabotage against my love for others and, sometimes, I shout at her before showing that I care about how she’s feeling. This was one of those times. She threw her toys and books around the room, screamed at me that she didn’t want to go, kicked me, told me she didn’t love me and lashed out in ways she already knew would hurt. In my own stressed-out state, I wrote her behavior off as a tantrum. But after nearly an hour of this, she was crying in a corner, hugging her knees and rocking herself back and forth.

I realized the truth then: This was the fear I’d known would take her one day. After all, as the child of two people who both have a family history of mental illness, she was bound to be predisposed to it herself. When I realized she was terrified to face the day, I was ashamed of myself. I hadn’t let myself think about it, because letting others hurt is easier than facing the wounds anxiety has left in me. I know that fear too well.

Sure enough, after letting her cry, cuddling her and wrapping her up in a blanket, she felt well enough to leave for school. I asked her then what had made her upset. She said she’d been scared of everything in the house.

That morning showed me how crucial it is for me to step up and fight our anxiety for our family and, more importantly, fight it the right way. In my young years, life wasn’t allowed to stop a moment for a good cry or show of support. Being brushed off as a child is why I feel wounded by the experience of having anxiety; the illness ground away at me, but what broke me was going unrecognized as someone who was unwell and afraid most days. I know better since watching my little girl go into panic mode. I know the signs of distress I need to look out for, and I’ve successfully managed to avoid similar experiences by being mindful, trying my best to keep the reins on my snap responses and by having conversations with her about the reason behind a sad or grouchy mood. Sometimes, she doesn’t know the reason. If not, I make sure she knows that’s OK too.

After feeling convinced for years that I had some kind of personality defect, I had to go to a doctor myself in adulthood to be diagnosed. I don’t want that for her. If she has anxiety, I at least want her to know that it won’t be allowed to gather cobwebs in her heart. If it’s there, we’re going to talk about it so she has the best possible tools to navigate it.

Hiding something under the floorboards does nothing to make it go away, and naming my illness has been half the healing for me. I wonder if knowing and accepting my anxiety and depression has been a direct path to understanding and loving myself as I do now. Practicing being present with where and why my anxieties lay went a long way toward my realization that I’m trans—again, well into adulthood. Before, the way I was taught to suppress my emotions left a mangled knot in my identity, which took pains to untangle. Because the connection between thoughts and feelings is closely intertwined in my personal experience of anxiety, I can now understand why a fear of my own emotions may have led to fear of deeper thoughts about who I was. Before I began to open up to my gender identity, I often felt like I had no identity at all. I thought my anxious avoidance of any kind of work or career moves had left me purposeless. This bled into every aspect of my life, including parenthood. There were days I wondered if my fear responses to emotion and responsibility would damage my daughter the same way I was.

My mother had her own battles with depression, as well as being an NHS nurse and a single parent. She had it hard, and I couldn’t tell her I understood that before she died. But I can begin to heal those years by being aware of what they cost me and taking steps to make sure my history doesn’t repeat itself.

When I cried from dread on school mornings or vomited in the assembly hall only to feel miraculously better on the way home, as my mother pointed out with no small amount of accusation, I was made to feel like I was creating difficulties for others on purpose. I was reprimanded by her and ridiculed by teachers for something I had no control over and couldn’t even name. The embarrassment of being ill in public, compounded by one of my teachers making a big show of being brought to nausea herself, thoroughly shut down any belief I might have had that it wasn’t my fault.

“”
Naming my illness has been half the healing for me.

The kind of silencing I went through only did more harm, so I do my best not to punish my daughter as a knee-jerk reaction to challenging behavior. If I feed on how I was neglected to intimidate her, I’m reducing myself to a bully and her to a victim. I need to break the cycle by learning to be open to signs that she’s calling out for help with something difficult for adults to articulate, let alone a 4-year-old.

Life has granted me a supportive partner and work I enjoy, which leaves me plenty of heart space to support my daughter. Anxiety is the shadow of my empathic abilities, and I can see the same in her as she shows kindness to those who need it most. I might have had that caring instinct fractured, but I can still help the bright parts shine through in both of us.

I’m determined not to let our love be buried in fear and ignorance. It’s still hard sometimes to take the pause to let her know I’m there for her. But when I do, she recognizes it, and I can see the gratitude in her eyes. She seems to take the strength from that to face another day with courage. In those moments, I’m proud of both of us and how far we can go together.