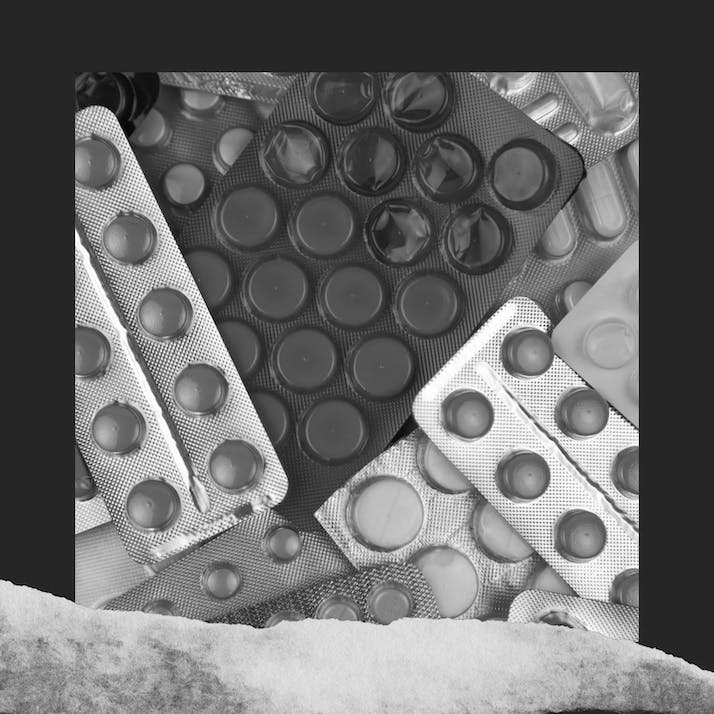 Antidepressants Didn’t Work for Me but Ketamine Does

I started doing ketamine for fun. Now it's healing my depression.

I was introduced to ketamine by some friends one night before we all went out. I was hesitant to try it at first because when people describe how it makes you feel, it doesn’t seem like it would be ideal for a club. I'm surprised it's a club drug at all, actually, because it made me want to be solitary and in my thoughts.

I've been doing ketamine recreationally on and off since then. I'm not a big drinker, so it’s always interesting to me when there is a party favor that’s not alcohol. In the beginning, I was just trying to have an experience. I had never done any psychedelic before ketamine. To this day I’ve done shrooms like two or three times, and they’ve been very mild experiences. I’m not very well-versed in that world. But I’ve noticed that there are times where after a night of ketamine I feel lighter, or my mind is blank in a good way, as opposed to a night of drinking.

Recently I've been doing ketamine in a different setting, as part of therapy for severe depression that SSRIs haven't been able to fix. So far, it's working better than anything else I've tried.

“”
I realized drugs like SSRIs can put you in the same place you were in before, or even worse.

SSRIs Only Made Me Feel Worse

I’ve been on and off antidepressants since my early 20s. I’m not a big fan. For me, SSRIs work as a temporary fix to lift me out of some very dark places I’ve wound up in, but then after that, you’re kind of left to coast on your own. I never truly felt like they helped me, just because the cons outweighed the pros so much.

The first time I went on meds, I was struggling with depression, suicidal ideation and all that stuff, so they prescribed me Wellbutrin, which I had a very bad experience with. I couldn’t sleep on it. I felt restless and just overall crazier than I did before—jittery and weird. So then they switched me to Cymbalta, which worked better, but then something crazy happened with my Medicaid, so I couldn’t get my prescription refilled, and the withdrawals I went through were insane.

I got the brain zaps that they talk about with SSRI withdrawal, and I was just balls-to-the-wall crying for days, angry. It just felt like a crazy experiment that was being done on me. From then on, I was like, I’m never doing this again. I was prescribed mood stabilizers at one point, when I’m like the least manic person that I have ever known. If anything, people are usually like, “You’re so chill,” and I’m like, “That’s just depression.” After a while, I realized drugs like SSRIs can put you in the same place you were in before, or even worse. So, what’s the point?

I spent about five years experimenting with SSRIs. Now: No thank you. I’ll let my psychiatrist prescribe me things, but I take the “as needed” thing very seriously. It’s nice to know that they’re there, in the event that I would ever consider that again, which I don’t think I would ever.

I have a friend who’s been doing ketamine to treat her depression for a couple of years. She swears by it, and she’s tried even more antidepressants than I have. So I did some research on my own—I watched a couple of Vice documentaries and read some articles and stuff. Eventually, I was like, “I’ve already done this recreationally, which is much more dangerous, so why not?” It’s very hard to get pure ketamine, so you don't know what exactly you're getting.

Ketamine Therapy Isn't the Psychedelic Experience You Might Expect

Signing up for it was easy. I just did over-the-phone consultation and gave a brief history of my journey with psychiatry. You have to show that you’ve tried SSRIs already and that they failed, which to me is unfortunate. It’s like saying, this is the last resort, whereas I wish I tried this before I tried all those antidepressants and maybe did some weird damage to my brain that I can‘t undo. That, to me, is the medical world being kinda backward.

Whatever you imagine a ketamine clinic to look like, mine turned out to be a really plain, bare-bones medical office, where they put me in a room with a dentist-type reclining chair. "Do you want a blanket? A pillow? Do you want a room with a window?" Of course, I do. Who wants to be trapped in a room on ketamine? They recommend you bring a buddy, but people go by themselves all the time and it’s perfectly fine. Then they take your blood pressure, stick an IV in your hand and you blast off.

The ketamine high is so hard to describe. It’s definitely different from other drugs I’ve taken. It’s like a movie depiction of being on drugs: It has an aspect of relieving any pain you may have in your body, so there is immediate relief in that sense. Things are floating. It’s very confusing, it’s hard to understand the very basic aspect of how you’re even in there.

With the infusions, it’s an immediate k-hole like I’ve never experienced with recreational use. It’s almost like an out-of-body experience. When I close my eyes I can see myself, like a 3D model sitting in a chair, or a drone circling around me. The stories of people getting surgeries and floating out and watching themselves being operated on: That’s real. I can't even tell what I’m thinking about when I’m in the depths of it. There are definitely memories. If I remember something it is like I’m there again, which could be good or bad depending on the memory. Thankfully I haven't had bad memories come up.

The experience is very cool. It can also get scary, depending on your state of mind. But you always come back, so that’s good. It’s not like you flow and just keep going and going and going. You can feel when you are starting to come back down, which can be a relief.

“”
It's working better than anything else I've tried.

Does Ketamine Therapy Really Work? I Think So

Ketamine therapy is a very neurochemical thing. It’s not like when people do shrooms therapeutically, and they have a guide or someone taking you through the trip. At the ketamine clinic, no one sits with you and asks you questions about your childhood. The doctor told me any insight you get from the experience is secondary—it’s what the ketamine is literally doing to your brain chemistry that matters. I want to start my own ketamine clinic, honestly. Just make it cuter, I don’t know, paint the walls a cuter color.

When it’s good it’s good, and when it’s bad it’s bad, just like any drug experience. My first time I cried a lot. You really just feel childlike and vulnerable, or even when you wake up from a surgery where they put you out, that same kind of whiny, like oh-my-god-where’s-my-mom kind of feeling. You definitely feel like those classic viral videos of those people coming out of the dentist, where they’re trying to grab your tongue because it feels so weird in their mouth. I can’t even write things down after. There’s no way I can be contemplative about it.

The day after, it’s good to sleep a lot. Some days I’ve just come straight home from an infusion and slept. The doctor told me some people go to school after infusions, some people go to work. I’m like okay, chill out, I get it, but I am not going to do any of those things. I’m not gonna go to the gym.

It’s a very chill drug but it does affect you. There’s definitely a before versus an after. I had my sixth infusion yesterday, and today I feel well-rested. It’s hard to pinpoint my mood, though. I have definitely felt worse recently, like this month. Every day just waking up with the same dreadful feeling. Today I feel better.

I’ve been waking up early, which is hard for me. I would be going to sleep around 6 a.m. and waking up at like 2 p.m., and that was obviously making me feel awful. So I would say by the second or third infusion, my body just started waking up at like 10 a.m., which is rare for me. I’m also smoking less weed, which is something I have been self-medicating with for years now. I’m not wake-and-baking which is amazing. It used to be the first thing I would think about when I woke up: “Oh I feel awful, I have to smoke.”

I’m supposed to go back for another infusion a month from now. I’m anxious about the money thing, though. I don’t have a job right now, and the infusions are $400 apiece. I was able to raise the money using my online presence, although I didn't say exactly what it was for, because people don’t really understand what this is. They might think, “Oh you want money so you can get fucked up?”

Ketamine therapy may seem crazy, but most people use substances to change how they feel. Some people smoke weed to cope. Or they drink, which is crazy because it’s a depressant, so you’re just doubling down. I’ve thought about things like ayahuasca, which I know can be a scary process. But I see so many people who do nothing to try and fix their issues, which to me is even scarier.