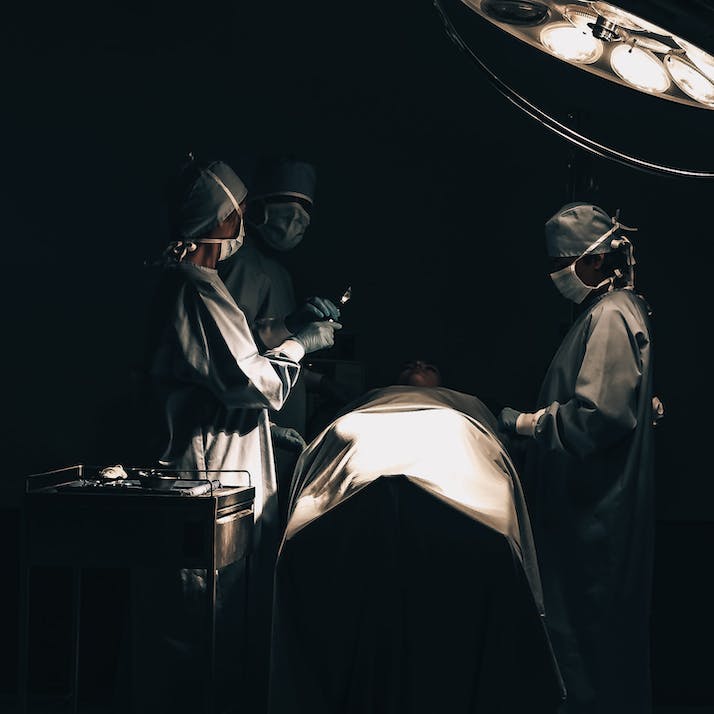 An Illegal Abortion Could Have Killed My Mother

Although abortion is legal in South Africa today, the decision to overturn Roe v. Wade will influence the rest of the world.

On the RecordWhat She Said

Growing up in South Africa always made me feel as though I had little to brag about when in the presence of foreigners. Only when I moved to Europe several years ago did I realize how deprived I had been of small freedoms, like being able to ride your bike home from school, walk to the shops or catch public transportation. I also had to grow accustomed to having electricity 24 hours a day, stable residential infrastructure and decent public healthcare—things that would have been considered a luxury in my third-world home.

However, there’s one thing I’m incredibly proud of as a South African. Since our country’s democratic turning point in 1994 and the abolition of the notorious apartheid regime, we’ve boasted one of the most progressive constitutions in the world—one that prioritizes equal rights and social justice for women, the LGBTQ+ community and other minorities. While this was never something I gave a second thought to growing up, its importance has heightened in the wake of the United States’ current battle for reproductive rights.

Watching the ongoing struggle for reproductive rights in one of the world’s most developed nations invokes helplessness, desperation and concern for how the U.S. Supreme Court’s decision may direct the rest of the world. And although abortion access is readily available and legal in all parts of South Africa today, times like these make me think back on our nation’s past, when our constitution was vastly different.

“”
Someone came up behind her, blindfolded her and led her to a back-alley makeshift surgery room.

In the ’80s, Abortion Was a Criminal Offense in South Africa

When my mother was 20 years old in the 1980s, she had an abortion. My parents were living in Johannesburg during a time when abortion was very much illegal under the apartheid-era National Party. They had been dating for roughly two or three years and were living together, to the dismay of my mother’s conservative parents. They had casually discussed the possibility of my mother accidentally becoming pregnant, and both agreed that they were in no position to have a child, so they would “make a plan” if the day ever came.

When the day did, in fact, come and my mother realized she had become pregnant, it was simply a matter of putting their backup plan into action. A friend knew someone who knew someone who had a connection, and the appointment was set up.

My father drove her to an arranged drop-off point, and she waited alone for several minutes. Someone came up behind her, blindfolded her and led her to a back-alley makeshift surgery room. She was laid down on a cold steel table and sedated while her pregnancy was terminated by people she could not see. She wasn’t allowed to look at any of her operators for fear she might expose them to law enforcement.

She woke up later feeling groggy and tender and, still blindfolded, was led back to the drop-off point where my father had left her. Her blindfold was removed, and she was told to wait one full minute before opening her eyes. When she did, she was standing alone. My father then came to pick her up.

This was the story my mother finally summoned up the courage to tell me when I was 18. I was horrified—not at my mother for what she had done, as was her initial fear, but that any woman in South Africa or anywhere in the world ever had to go to such extreme and dangerous lengths to get the healthcare they needed and desired.

How lucky she was, I considered, that she wasn’t injured or killed in this questionable process. If someone more sinister had been responsible for her procedure, it’s anyone’s guess what might have been done to her.

“”
What was once something that was to be feared and pitied in my mind was now liberating. Freeing.

While I vehemently believed in the right to have an abortion before she told me her story, the idea itself was still terrifying. Big, bad abortions. Things to be feared and avoided at all costs—not for the sake of the unborn but because of the trauma inflicted on the women who chose to have them.

My mother’s retelling of her experience was perhaps the first time I saw a complete lack of both shame and trauma associated with an abortion. She spoke about it as though she got her appendix removed. She looks back on it, still to this day, as a minor incident in her life that left her largely unchanged. She has no regrets.

She admits that probably the only time she thought back on her decision was when she and my dad started actively trying to have children, about 10 years later, and my mother suffered a miscarriage. She wondered if it was God’s way of punishing her. Luckily, her doubts were quelled when she had successful pregnancies with both my sister and me.

As I got older, I was made aware of how many of her friends had similar stories. Friends in their 50s and 60s also had to duck and dive and jump through very illegal hoops to have the same procedure. Some of them have regrets or harbor guilt and shame, but a lot of them don’t. A lot of them went on to have families when they were ready, in their own time.

Being exposed to these stories changed my perspective on abortion. What was once something that was to be feared and pitied in my mind was now liberating. Freeing. An expression of autonomy. Something that, under certain circumstances, could be celebratory and joyful.

Surprisingly, my mother doesn’t seem to have a strong opinion either in favor of or against abortion rights today. I would’ve thought her experience would make her a passionate activist, but then, she’s not exactly the activist type. I think she believes in a woman’s right to choose, but she won’t have it out with you at the dinner table about it the way that I would. Perhaps she also doesn’t see the need, given that South Africa now provides liberal access to abortion.

I openly share my mother’s story with friends and family—with her permission, of course—because I believe it serves to reinforce an important truth that I think many already know: Outlawing and criminalizing abortion does not stop abortion.

For centuries, women have found ways (albeit dangerous and sometimes lethal ways) to exercise autonomy over their own bodies. They will go to the lengths they see fit because many of them would rather suffer the consequences of a crime than bring an unwanted child into the world. The U.S. Supreme Court has overturned Roe v. Wade: Women will continue to seek abortions, but they might just die in the process.