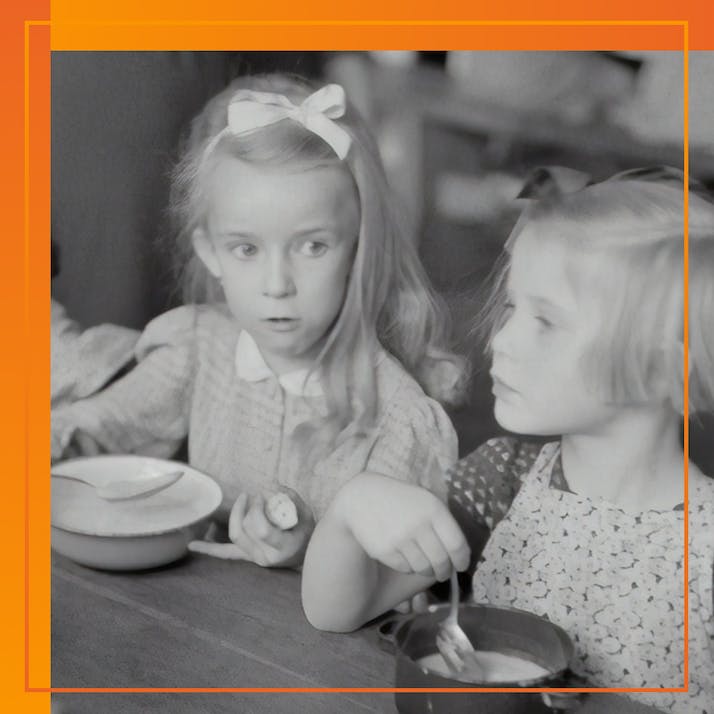 America’s Reproductive Future Is Reminiscent of Romania’s Past

Like myself, a Romanian orphan, American foster children will suffer the consequences of the Roe v. Wade overturn.

I feel the little white pill settle into my stomach, praying that it works. When I go back to bed, I think up a plan in case the pill fails and I become pregnant. A few weeks later, tears of joy fall down my face when my period comes. I don’t tell anyone what happened. This memory has haunted me for years, feeling both guilty and relieved, marveling at the choices my mother could have had and what she might think. Would she be disappointed in me? Would she even care? Would she be jealous that I could run to CVS, buy a $50 pill and a Coke and call it a day?

For decades, women in Romania were terrorized by the government. Stripped of their rights, women’s bodies were used as incubators to increase the population and build a robust military and workforce. The monstrosity of Romania's past discretions is distinctly poignant as we watch American women hold on to their reproductive rights by a thread.

As an American woman, I may face the same fate as my biological mother in Bucharest—the same fate that led me here. In reading this, you are engaging with the consequence of Romania’s abortion and contraception ban.

I was a Romanian orphan.

“”
The end of Roe v. Wade could flood the foster system and force unbearable weight on the children within it.

I Am a Direct Result of the Romanian Abortion Ban

If you look roughly 60 years into Romania’s past, you’ll come across Decree 770. In the 1960s, Communist leader Nicolae Ceauşescu restricted abortions and contraception to boost birth rates and create a larger Romanian population. In addition, divorce was made nearly impossible and legal separation was only allowed under exceptional circumstances. These constraints, of course, came to the detriment of women—and their children.

The termination of women’s rights led to a severe overpopulation in Romanian orphanages, making the conditions sickly and dangerous. Children were sometimes left to die due to a lack of proper care. Those who did survive often suffered from physical and mental illnesses. For many Romanian parents, sending a child to an orphanage was meant to be a temporary placement until the family could afford to come back for them—most of these children were never meant to be orphans. Being in that orphanage meant my mother might have planned to return for me one day.

In the ’90s, after Decree 770 had been lifted, 20/20 released a special about the conditions of Romania’s orphanages—the horror behind the stone walls. Americans reacted with shock and grief, and thousands flocked there to adopt. Known as Romania’s “lost generation,” many orphaned children, me included, were released to new American parents and sent to assimilate to a disparate way of life.

But this mass exodus caused issues for the Romanian embassy; simply put, too many Romanian citizens were leaving at once, causing stress to the record system and causing issues for adoptive parents who, like my own, were trying to return to the States. This forced the government to pause international adoptions.

We Need to Give More Attention to Foster Children in the U.S.

In the United States, the foster system is collapsing in on itself. In my state, Michigan, the local news plays what are essentially commercials of children advertising themselves and why they deserve to have a loving family. As we all know, though, the older a child gets, the harder it is to get out of the system. And within the system, abuse and neglect are rampant.

As Americans battle over what constitutes “life” in the physical and spiritual sense, living and breathing children are at the mercy of incompetent institutions that provide nothing for their well-being beyond the bare-bones basics. In return for barely taking care of the children in the foster system, leaders expect praise and support. Meanwhile, it’s evident to anyone paying attention that the government has no plans to support these children in ways that matter.

Lately, there has been a narrative that no one is entitled to have children and that adoption shouldn’t be used as family planning, which can be a tough pill to swallow, but it’s true. Adoption can be a traumatizing event—for the child, the biological parents and the adoptive parents. I can recall my parents’ stories about having guns to their heads at the embassy and not knowing if they would be able to leave the country.

Adoption should not be viewed as the last resort for those who want to have children. It is not the fail-safe; it is not the worst-case scenario. Many international adoptees are forced to assimilate into the culture of their adopted families without ever having the chance to experience their own.

Like Romania, U.S. domestic adoption has become a point of commerce rather than an opportunity to create a loving family. The end of Roe v. Wade could flood the foster system and force unbearable weight on the children within it.

“”
I’m facing the same hell in my 20s that my biological mother lived in hers.

Romania Serves as an Example of What Can Happen if the U.S. Bans Abortions

The American government gave women the right to choose with Roe v. Wade. Still, there has always been a sense of contention surrounding this ruling, with so many believing that women should be carrying their pregnancies to term, no matter what. But we are now closer than ever to losing the right to abortions and birth control, with some states already living in that circle of hell.

As the world crumbles, solutions and programs are required for stability. America is planting its feet firmly on the ground and threatening to take away our options. Being forced to carry a baby and giving birth to one can be equally as traumatic, especially when the standard for prenatal care can vary so greatly. Black women, for example, are 3.5 times more likely to die in childbirth than white women due to inequality in the delivery room. When there are no programs or standards in place for care before, during and after birth, peoples’ limits are stretched and infrastructure fails.

With the cost of living steadily rising and another recession on the horizon, it’s no wonder the political right is panicking over a steadily declining birth rate. No one wants to have a child in a country where they are not supported, and it’s difficult to envision a future in America different from Romania’s past, just 30 years ago.

Governments will seemingly do all that they can to strengthen the military and workforce, and our rights are currently in the way. At this point, I don’t know if staying in Romania would have been different than coming to the U.S. I’m facing the same hell in my 20s that my biological mother lived in hers.