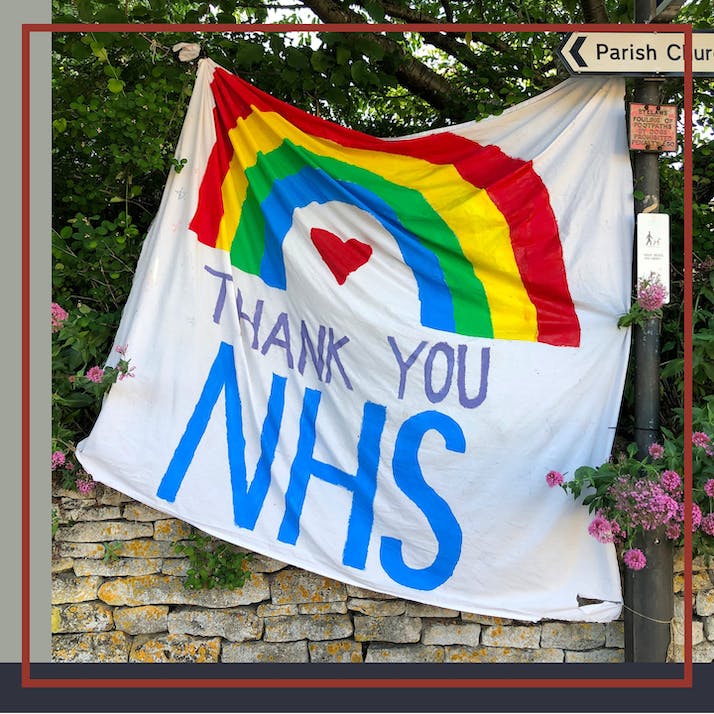 Americans Have No Idea What They're Missing With Their Healthcare: An Ode to the NHS

During my three pregnancies that required special care, I never once had to worry about a hospital bill in the good ol' U.K.

Ten years ago, I finished my university degree, packed my life into two rolling suitcases, boarded a plane leaving Washington, D.C., and left my sweet American home for Wales to marry the man who is now my husband. Up until leaving, I hadn’t had to consider how to cover any medical expenses—doctor appointments, medicines, hospital treatment, etc. I was lucky enough to have both a mom and dad whose jobs included ample insurance for dependent children, under which I still qualified, while attending college. Paying for my medical care was just something I hadn’t ever worried about.

Once I left the nest and came to live in the U.K., though, my adulting began, and in a matter of days, I realized that my care was now my own responsibility, including how I would ensure my medical needs were met.

“”
Perhaps they thought it was the start of socialism, the worst enemy of the white middle class.

My Family in America Ranted About the Perils of Obamacare

The first step was getting myself signed up for a general practitioner. Bear in mind, when I first moved over, I didn’t have a job—I was here on a fiancee visa and couldn’t work—but my status didn’t affect my ability to register with a local doctor. If I had an infection, needed a test run or wanted birth control, my local GP was happy to help me, even though I wasn’t married yet.

After seven months of being engaged, my husband and I got married, giving me the right to work and pay taxes into the system that provides us with the National Health Service (NHS). From what I understand, after listening to complaints from my family in the States, President Obama tried to introduce a form of healthcare that would be more accessible to all Americans, no matter their socioeconomic status.

My family, a white, middle-class family, found Obamacare offensive. I’m not exactly sure why—perhaps they thought it was the start of socialism, the worst enemy of the white middle class. A couple of family members ranted about how they didn’t want to use their hard-earned money to pay for someone else’s healthcare, which would then tarnish their own care. Ironically, when they’ve come here to visit, we've had to visit the GP for them to get antibiotics that they didn’t have to pay for.

The thing is, the NHS is the primary reason I would never move back to America. My husband and I work ordinary jobs that don’t particularly pay well. Yet we are privileged enough to never, ever have to worry about whether or not the medical needs of our family will be met.

The NHS Saved Me From Astronomic Bills

Let me just give you a roundup of all the NHS has done for us.

Generally, we have had every antibiotic, eczema cream, reflux serum, steroid, birth control and asthma pump completely covered. To get them, we attend the GP, they listen to our complaints, make a diagnosis and then write a prescription that we take to the pharmacy across the street. With three little boys who catch every virus and infection—and a husband with Crohn’s—these expenses would add up quickly back in the U.S.

Next up: having babies. It is completely unbelievable that I would have had to consider the cost of birthing a child had I lived in America. I was high-risk through each of my three pregnancies, meaning I was seen every two weeks by a specialist who prescribed a blood thinner to inject into my stomach every day.

My first child was induced but waited three days to come out. His delivery was horrific and painful, and I had to stay an additional three days to recover. My second child required an emergency C-section, and I stayed in the hospital three days after he was born to recuperate after having my stomach sliced. My third was a planned C-section, but I was brought in early due to reduced fetal movement. These overnight stays and births cost thousands to the system, but we didn’t have to consider the cost as we brought life into the world.

“”
The NHS is the primary reason I would never move back to America.

The Downsides of Having Universal Healthcare Don’t Outweigh the Benefits

The greatest cost came following the birth of my third child. Doctors quickly realized that something was wrong after he was delivered. His breathing wasn’t right due to a lung that hadn’t formed properly, and he was rushed to an NICU over an hour away and kept on the ward for a month. During this time, my husband and I were given a small flat to stay in nearby so we could easily access our baby boy.

When I was chatting with one of the nurses on the ward, she told me that the cost of having a baby on the ward, before any medications or treatments or surgeries were given, was 1,000 pounds per day. Because of the NHS, we could simply focus on getting our boy better—not counting up the cost of his care.

The most recent expense I have to thank the NHS for covering was my cognitive-behavioral therapy (CBT), which I received following a period of postnatal depression. For weeks, a psychologist met with me to help me work through the severely negative thoughts I had after having my kids. She was my angel, guiding me to right, logical thinking. There is no way I could have afforded that, but it brought me out of the worst of my dark days. It was priceless.

You see, the NHS is a miracle. Sure, we pay high taxes. Sure, some people abuse the system. Sure, we have to linger on waiting lists at times. But I consider those three “downsides” totally worth it for expert care that is always available no matter your circumstance, no matter your status, no matter your monetary worth.

America, you have a right to be jealous of the NHS.