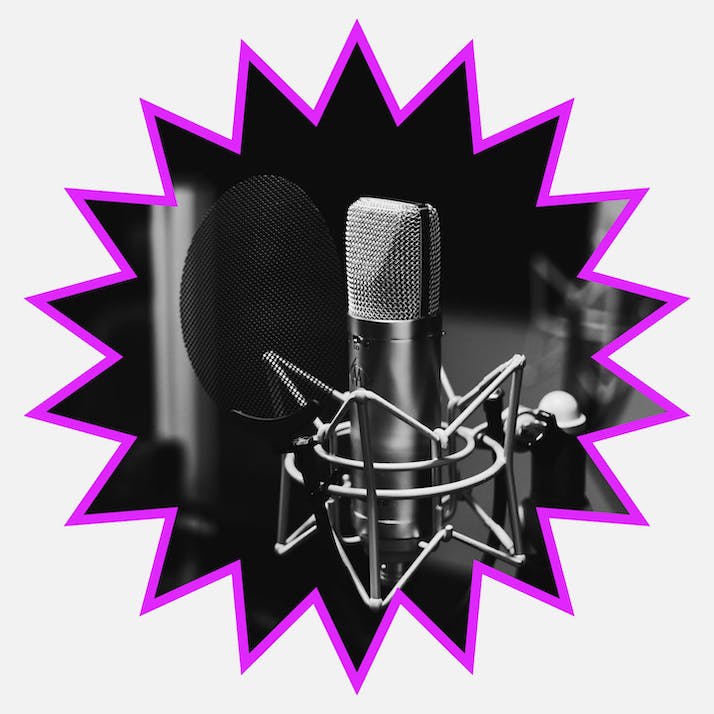 A Day in the Life of an AM Radio News Anchor

In a rapidly changing media landscape, radio remains the most intimate source of news.

I’ve been a reporter, anchor, producer and writer at a New York City AM radio station for the past four years. One person having four jobs has become more of the norm in the broadcast media world over the last decade or so, and while the first two titles are the ones I perform the most, the last two have bolstered everything I do.

In 2022, being a radio news broadcaster has shined a light on a lot of things for me. Storytelling and truth-telling and getting it right have always been part of the bedrock on which journalism was created—and they’re more important today than perhaps they’ve ever been.

But in this industry, I’ve learned even more about adaptation. We have to adapt to a rapidly changing climate of media consumption that seems like it’s trying to leave us—especially my radio brethren—behind. Of course, the foundation is still there. It’s my job to tell people what’s happening.

My Pivot From Sports Broadcasting to News Radio

I’ve always had an affinity for radio. I grew up listening to WFAN, the first all-sports radio station in the country. There’s an intimacy to being in your car and having a loud, booming voice talking about how the Mets’ bullpen blew a game the night before. You feel like the hosts are talking to you and no one else—until someone calls in and you realize everyone else feels the exact same way. Some even want to talk back.

My parents also listened to New York AM news radio, and, as a kid, I always wondered about the people talking to me. What do they look like? Where are they? What’s their story? For years, before the internet made these things available at the touch of a finger, I remained mystified by these voices. Then, I became one of them.

In college, I had dreamed of being a sports broadcaster, and after four years of hosting and reporting and play-by-play experience, I always assumed that’s how my career would play out. In the months leading up to graduation in 2014, I planned to join a small-town station talking about local sports or do play-by-play for a small college. It was not to be.

Instead, I found a job as a production assistant at a well-known New York sports television channel. The experience was bad—producers screamed in my ears nightly—and I eventually decided to pivot disciplines. I knew nothing about news, but I was soon offered a full-time job at a local TV news station. It led to fill-in opportunities (newscasts at my university’s NPR-affiliated station), which led to my first on-air gig: an overnight shift in Connecticut, six days a week and a two-hour commute from home.

For most of the shift, I was by myself. I’d see off the afternoon drive anchor and prepare the next day’s news for the morning drive anchor, all while delivering two-minute newscasts at the top and bottom of every hour. I did that for 10 months, and while I’m certainly not the same broadcaster today, the experience laid the foundation for my current role.

“”
Say what you want about the newspaper industry falling apart; despite shrinking in size and resources, it’s still our number one resource.

How I got to New York is a classic story of networking. After working the overnight shift for about five months, I decided I wanted some feedback on my craft. I connected with an anchor reporter at my current employer; he ended up needing a freelance reporter. I kept in touch, offered to work in whatever capacity and eventually got hired. Four years into my job as a full-time news reporter, here’s a look into my day-to-day process.

I typically start my job the night before. Our station has a behemoth email inbox where any and every politician and advocacy/community group sends us events that are happening. I check it to see what relevant things might be happening the next day. Then, in the morning, I scour the newspapers. They are the best source of what’s happening. Say what you want about the newspaper industry falling apart; despite shrinking in size and resources, it’s still our number one resource.

Our station’s general news philosophy can be boiled down to this question: What is happening in communities across the tri-state area that impacts the most people? It’s also what I’m asking myself when I look for stories to report. Of course, there are more questions that I ask. And not every story we do impacts a lot of people. But listen to our newscasts enough and you will find that a majority of our stories do.

The night before I report in the field, my mother will sometimes ask me where I’m going. I’ve never had an answer for her, and that’s part of the beauty of being a reporter. You truly have no idea what the day will bring. But the process is typically the same. I familiarize myself with the story, conduct interviews or cover press conferences and turn that sound into a piece of radio news. In radio lingo, we refer to these pieces as “wraps” because they include your voice wrapped around bits of sound from the sources in the story.

My Job Is All About Time Management

One of the reasons I appreciate being on radio as opposed to television is that I can record three different one-minute versions of the same story. If there’s a detail I didn’t have time to include in one wrap, I can add it to another. I also enjoy seeing the story from more than one angle. There’s always more than one important detail to every story, so I always like to switch up how I lead my wraps.

Being in the anchor chair is also an absolute thrill, and it’s my favorite of the four jobs I have. Perhaps what I take the most pride in as a news broadcaster is being able to show the audience my level of credibility. I want to give them a feeling that the person delivering them the news can be trusted.

The main anchor studio features two massive soundboards, each with more than a dozen different channels responsible for what goes over the air. You might think that it would be a producer’s job to handle the board. Not in radio news. The producer is on the other side of the glass in the newsroom, deciding what stories you’ll be talking about and what sound you’ll be playing. The anchor is tying it up in a bow for the audience to hear.

As an anchor, I’m doing many different things over the course of my shift. I get to the station two hours before airtime. Then, I start writing. The producer has laid out the show rundown for me, which we refer to as “slotting,” aligning each segment with stories that, once I write them, should “time out,” meaning they should add up to how long the segment needs to be.

This is crucial. Every all-news radio station in the country has a clock. It determines how long news segments run, when to throw to commercials, traffic, weather, sports, business and other segments. My top responsibility is to memorize their clock.

Ultimately, everything I do as an anchor, both behind the scenes and behind the mic, is done with the goal of keeping the audience engaged and informed.

“”
I wanted to do it the way the veterans did it.

I Have a Genuine Interest in Reporting News and Asking Questions

I don’t view myself any differently than veteran news broadcasters. I didn’t come into this business with a “millennial” point-of-view, determined to change the field for better or worse. I wanted to do it the way the veterans did it. All I had was a genuine interest in talking in front of a microphone. As much as they may say otherwise, you can’t deny that any broadcaster likes the sound of their own voice.

The curiosity I had as a kid listening to the radio is what drives me as an anchor and a reporter to this day. If you don’t have questions about the world, it’s hard to be an effective news reporter. My job is to tell stories, a word I’m not sure I even like because it conjures fiction, the opposite of what I deliver behind the mic.

The intimacy of broadcasting on the radio is even more intimate than being a listener. You sit alone in a soundproof studio talking to potentially millions of people on the other side. But I never think of it that way. Intimacy is the word I believe separates radio broadcasting from television. You can turn on a radio on any day, at any time, and find someone delivering content you’re looking for.

Radio is simple. All the work is being done by a voice. You just have to listen.