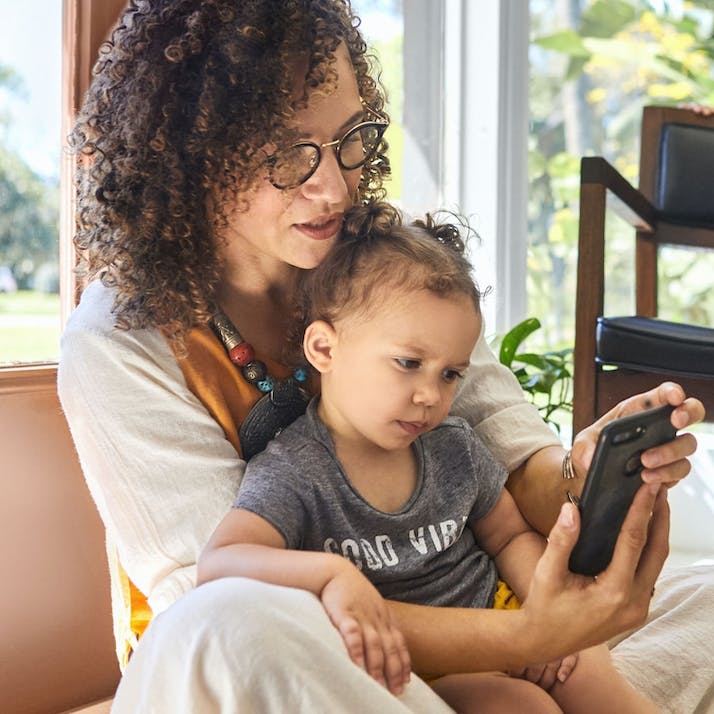 I've learned to shake off other people's opinions about my role as a stepparent.

Parenting in the social media age is torture.

No matter what decisions you make around how much or how little you’ll share about your family life online, there are people out there with opinions. Try as we might to steel ourselves against what others think and say about us, if even the tiniest bit slips through, it can set up shop in your head.

Now, if it’s that bad for parents, think of what it might be like for stepparents. As a stepmom of about a decade, I can tell you that people have plenty of opinions about stepparenting—what it should and shouldn’t look like and what is and isn’t appropriate. They are not afraid to share those opinions, either. In fact, they aren’t even afraid of stepping in and getting involved.

“”
I’ve accepted that for her, social media is a tool to win the popular vote. As a stepmom, that’s a race you can never win.

The Role of Stepparent Comes With Tons of Unsolicited Advice

In my case, it was kindergarten graduation that started the trouble. In truth, it could have been any event because there are so many of them sprinkled through those first few years of school. At that point, I’d only been in my stepson’s life for about two years, but I couldn’t have imagined being anywhere that day but in that uncomfortable, too-small elementary school auditorium seat.

His mom wouldn’t be there, however. I couldn’t wrap my head around it, but my understanding was that it was a scheduling issue at work and there was nothing she could do. I felt very bummed for her at the time.

It was a great day, with adorable kiddos singing sweet songs and receiving little paper caps and diplomas. I took pictures of our little guy with his friends, his teacher and his dad. Getting to document it all quickly became my favorite part of stepparenting in those early years.

It was only with my boyfriend’s blessing that I’d ever share anything on social media, as was the case with any of the other kids in my life who weren’t my own. I’d never had a bad experience sharing photos of my stepson before. So I wasn’t expecting to get a phone call about them.

The chain of events went something like this: A mutual friend of my boyfriend and his ex’s saw a picture I posted and mentioned it to her. We were still social media friends at the time, but for whatever reason, she hadn’t seen the photos herself. She and her friend determined that the photos were somehow a sign of me being too comfortable.

Then, in a move I still, years after the event, cannot quite figure out, she took the photos and posted them to her own account. There was a beautiful, heartfelt caption about the day, which ended with a passive-aggressive comment about no one feeling it necessary to take photos of her with her child there.

I must’ve read that caption 300 times before I passed my phone to my boyfriend, quietly befuddled. He scrolled the comments and saw friends reinforcing the idea that she was there, even though she wasn’t, and saying how immature a co-parent must be to keep their child’s mother out of such a significant memory, et cetera, et cetera.

I didn’t publicly engage with her, the same way I have chosen not to in similar issues that have come up in years since. I’ve accepted that for her, social media is a tool to win the popular vote. As a stepmom, that’s a race you can never win, especially on social media. If you love and care for your stepkids too much or are perceived as being too involved with their lives, you’re slammed for playing house with other people’s kids. If you don’t post about them at all but post about your partner? You’re trying to erase the kid from their lives, pretending they don’t exist.

I've Come to Know My Boundaries as a Stepparent

The thing is, stepparenting doesn’t look the same way in any two situations, let alone any two households. I love my stepson with my whole heart. I nod politely and square my jaw when people tell me I can’t possibly love him like my own because I don’t have any children of my own. I pretend not to hear comments about how if mom’s around, I shouldn’t be. I swallow back swear words when I want to lash out because that’s not doing anyone any favors and, simply put, I’ll stress myself to an early grave trying to change society’s ideas about stepparents.

I also know that he has two parents who would move mountains for him. He doesn’t need me to be his mom, and I’ve never once tried to be. In my world, stepparenting looks like being a safe adult for this kid, in the way an aunt or uncle or grandparent could be. I’m here to love and to offer guidance and, sure, once in a while, I step in and do some hands-on parenting. But I’m not here to step on toes, not here to replace or outdo.

These days, the kid isn’t making as many appearances on my social media. And I’m sure people have opinions about it. They will as long as we’re all living and breathing. It’s not about them, however. It’s about him. The kiddo is approaching those awkward teen years at a rapid rate, and he’s got a right to figure out how he wants to be represented online. Old stuff is slowly getting archived. I don’t expect my parenting to be reflected on the internet, but maybe if I’ve learned anything in these short-long years that have passed, it’s that if you’re doing it right, the parenting is reflected in the kid. And so far, I feel like all of his parents, however they feel about each other, have done a damn good job.