My Abusive Relationship Story: I Don’t Blame My Abuser or Myself 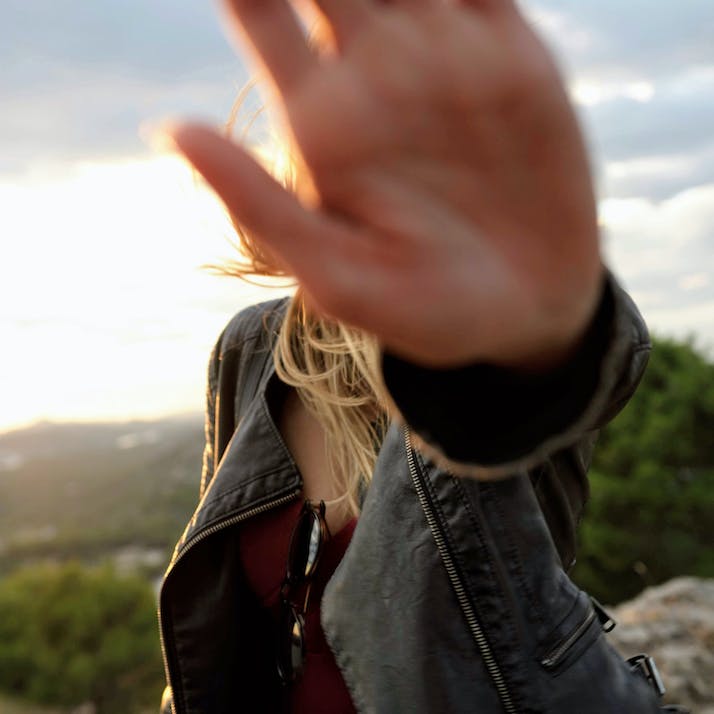 My Abusive Relationship Story: I Don’t Blame My Abuser or Myself

A victim of domestic abuse looks back and tries to find reconciliation.

I can’t remember the first time he hit me. That seems like the kind of detail you’re supposed to remember, but as hard as I strain, there’s no dramatic moment of change I can recall.

The clearest scene in my memory is waiting for the school bus. He grabbed my throat and pushed me up against the wall. I could still breathe but it felt like a warning. He started to grab at my breasts and twist them. I thought he might be able to rip them off. At least ten other kids were watching. I said “no” and he put his hand down my pants and grabbed me.

Then, he pushed me away and laughed. I laughed, too. I didn’t know what else to do.

I don’t remember many beatings, but bruises I do remember. I had to stay aware of them. I didn’t want anyone to notice, but I also kind of liked them. They seemed to me like a badge of honor or proof of resilience.

I was 12 when it started and 17 when I decided enough was enough.

It wasn’t until a year after it stopped that I could name what had happened to me. I hadn’t thought of it as physical abuse. It just seemed like playing around had gotten too rough. We were friends and there were feelings. It felt like we were just joking.

The Impact of Domestic Abuse on Victims Lasts a Lifetime

We first met when we were 11 years old. We were in all the same classes and both at the top of the class. I remember that being very important. It made me feel like we were somehow co-conspirators. I fell in love with him quickly. He was intelligent and a little nerdy and he seemed mature to me.

In true tween fashion we shared that we "liked" each other, but we never dated. I think that’s what kept me hooked. There was a chance that something might happen without any guarantees and it made me feel like I had to work harder to be liked by him.

He would hold my hand and wrap his arms around my waist and it made me feel safe. I felt like I had this dangerous bear on a leash who could lash out at anyone who came near me and hide me in its warm fur.

But it wasn’t just flirty messages and holding hands. There were punches and kicks and grabs and pushes. More than once he threw me down the stairs. I think it was part of a joke. I remember him laughing and me panicking as I braced for impact. It was at least 40 steps. I still have back pain.

Once, I was changing for sports class and a friend noticed purple and blue splotches up my leg. I had been kicked. When she asked, I said it was an accident while we were playing around. I believed it too. Like it had just somehow happened.

That’s the thing that took me the longest to reconcile. I convinced myself so well that it was accidents or just kids playing around that I wondered if I had overreacted. Even now, I’m not sure I disagree.

Do Abusers Know What They're Doing? It’s Not Always a Simple Yes or No

What happened to me was a living nightmare. It’s something that no child should have to go through. There are certainly adults that failed me by not noticing what was happening, openly…even in school.

As an adult, as a feminist, when I see or hear of anyone in a circumstance of domestic abuse, male or female, I am horrified. There is no doubt in my mind that the abuser is to be blamed and, also, should be arrested. So often abuse ties in with manipulation and control. It’s complex and different in every circumstance that it happens. For me, even years later, I don’t see the intent. I just see a confused little boy who needed help.

So, can I blame him? I don’t. Because while I was just 12 when it started, so was he. We were children in the playground and there should have been adults there to stop it. We grew together into a terrible pattern of abusive behavior and I can’t resent him for it when neither of us knew any better.

I wonder now how he remembers it. I haven’t spoken to him since. Would he be surprised by my account? If he told this story I wonder if it would be the story of young dumb mistakes he made in his teens. Or would it be about a girl he used to have feelings for that he messed about with? I’m not sure and I’m not sure that it matters, after all.