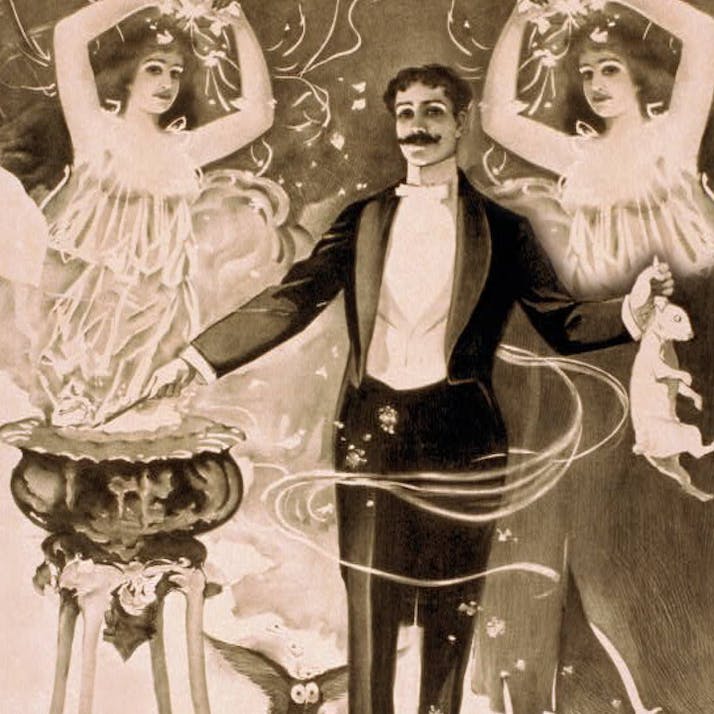 Abracadabra! I’m Living Out My Dream as a Professional Magician

Learning magic gave me the confidence to follow my own path.

It was mid-spring of 2006. My mom called me into her room one day and told me the "weird guy" is on TV again. I saw a man walk across a pool, on top of the water in Las Vegas.

That man was Criss Angel.

I saw the cars he was driving, the women he was pulling and the money he was making and decided: That's what I'm doing for the rest of my life. And little did I know how insane yet amazing the next 15 years would become. So I got started, slowly but surely. I found a magic shop a few towns over from me and began taking lessons from the owner. It was there where I learned the basics. Everything else has been self-taught. Magic became my life. It is all I know. I realized very quickly how easy it is to fall in love with something to the point where you refuse to let it get taken from you. And life has tried its hardest to take it from me.

It hasn't worked yet.

The Life of a Magician Is Feast or Famine

I have overcome so much.

I was told I had the worst case of ulcerative colitis Yale doctors had ever seen. I suffered huge rejection from family because I'm the only one who hasn't held a nine-to-five job. I've been homeless three times, attempted suicide, and yet, I'm still kicking. Magic has been the only thing I've had on my side. I have no plan B. It's do or die for me. I've literally told people that I'd rather starve on the streets doing what makes me happy than sell myself to a boss who will post my job position faster than my family could get my obituary out if I were to die. But you see, the more I do it and the more I see the smiles on the faces of thousands of people every year, the more I realize that this is exactly what I was meant to do. It's the only thing I can do. I've tried other things, and I don't have as much of an interest. But that is what makes it such a fun challenge—the fact that I don't have anything to fall back on.

It's kind of fun to wonder where the next meal is going to come from. I don't mean that as a desperation-type thing, more so a guessing-game-type thing. None of my jobs are consistent, and they don't all pay the same, so I could either eat cold ravioli out of a can that night or steak and lobster. I'd personally prefer cold ravioli out of a can; it keeps me grounded. It was my go-to food when I lived on subways and park benches. And if I ever make it big, I'll probably choose that just to keep me humble. I firmly believe in remembering where you got started and where you came from.

“”
It's kind of fun to wonder where the next meal is going to come from.

Being a Magician Allows Me to Live the Life I Want

I've accomplished a decent amount of things during this short career. I've been on TV. I've had my own TV show. I've performed for Penn and Teller. I got invited to private parties in exclusive nightclubs in New York City because I snuck into other parties and did card tricks. I've opened shows in arenas, performed off-Broadway, ran my own tour twice, went viral on YouTube and, yet, I'm not satisfied. I want more because I know that I can get more. I work really hard for what I want, and at this point, I have nobody to prove myself to but myself.

I set goals for myself at the beginning of every year. One year, I set the goal of wanting to perform in five different states. So I booked my New England tour and managed to hit seven states. Another year, I wanted to perform over 100 gigs and logged 148 performances. So in a sense, I was able to do what I set my mind to and more because I had a goal in mind and never gave up on it.

So if I had to give anyone reading any advice on how to become a famous magician, I'd have nothing to offer because I'm not there yet. However, if I were to give advice on how to live your life the way you want to and to be happy doing what you love to do, I'd simply say this: Believe in yourself. Don't listen to people. And most importantly, never give up on yourself. You will understand why you did the things you did and why the things that have happened to you happened. But understand something: If you manifest it, it will happen eventually. If you want something bad enough, you'll figure out how to get it. Just don't give up on yourself.