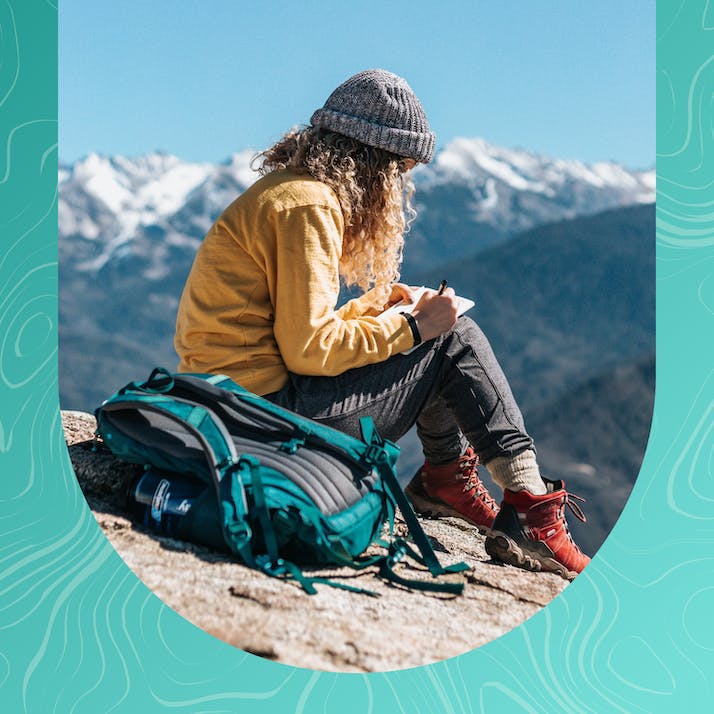 A Farmer Reflects: A Letter From Patagonia and Another Back

Ten years after experiencing agricultural life in Patagonia, an established farmer reflects on his path to building his own bucolic business in California.

When I was 26, I took a trip to Patagonia. Outwardly, I was traveling—backpacking in the Andes. But inwardly, I was searching for something I couldn’t have articulated at the time: meaningful work. Purpose.

I found what I was looking for volunteering on a small community-supported agriculture (CSA) farm on the Argentine slopes of the Andes. I fell deeply in love with farming there. Like any true love, it changed my life. Farming became my career. My wife and I now own and operate a much bigger CSA farm in rural-coastal California.

During my time on that Patagonian farm, ten years ago now, I would write long, maté-caffeinated letters to a friend back home. The letters were romantic, verbose and dripping with the Wendell Berry-inspired agrarian idealism that fueled my own, and my generation’s, back-to-the-small-farm movement. I unearthed one of those letters recently, at the end of a difficult harvest season marked by wildfire, drought, the pandemic and civic and social reckoning.

I decided to write myself back. But first, here is some of that letter from Patagonia.

“”
Working on this farm has put me in forceful contact with the sources of my life—the water, the land, the plants, the animals.

A Letter From Life in Patagonia

When the sun rises, I go to work.

When the sun goes down, I take my rest.

I dig the well from which I drink,

I farm the soil that yields my food,

I share in creation. Kings can do no more.

It is nearly winter here now. I can see my breath in the cabin. Things are quiet on the land. I am spending the days caring for the animals, trying to trap the wild hares eating our last crops, cleaning up trash piles and helping Alex wrap up the season. A spokeswoman for the Mapuche people just passed through and spent the night. A gaucho folk guitarist the next. My friend Ponta, a Japanese orphan who has had the hardest life I have ever heard, just left for Peru. Pirata the dog is very sick. His sister Michay is pregnant. The Puyehue-Cordón Caulle volcano is exploding 200 kilometers to the north. I can hear it in the cabin on still nights, like stampeding horses on the earth. Life and death are tangible forces out here.

It’s all quite lovely, but I think it has done something deeper to me this time.

Working on this farm has put me in forceful contact with the sources of my life—the water, the land, the plants, the animals—and the fact that these things are not commodities, they are not necessities. They are our relatives and our greatest teachers. To work with them is to work with creation.

Alex, the farmer, is very serious about this one point: The farmer does not create. He may have a vision for the farm, but after that he is a butler, a steward. This is how he should work the land: First observing, then responding—moving this there, maybe taking that away. And then, one day, as if by magic, a vision reveals itself to him as he sits back peeling an apple, watching in awe as the sheer creativity and richness of life weaves itself through the fields, writes its stories in the rows, plays its song in the seasons. The blossoms, bees, fruits, fungi, bacteria. The animals, the people, the stars, the moon—the movements and arcs of their lives, and all their far-flung interactions, alight the farm.

Working here, I’ve realized some things about culture and art: Agriculture, or however a group of people survive on their land, is the root of that people; it is their original art and therefore the root of their culture. It is in their houses, their clothes, their dreams. It is the very material of their musical instruments and the rhythms and stories of their songs.

As American and Chinese agribusiness have slowly begun mono-cropping large swaths of Argentina and Chile, so has American culture taken root in many South American cities. I don't think it's a coincidence that people started wearing the same clothes they were in Los Angeles in Buenos Aires and Santiago, and started building similar houses or dreaming similar dreams, around the same time that those countries adopt—or were forced to adopt—Western agribusiness, its methods and its seeds.

What I've seen here in the Painted Valley is a beautiful work of art. The farm sustains many, and is sustained by the beings it sustains. The human culture around the farm hums with life. The farm has an identity, it is a home to so many. Inventors, pioneering agrarians, builders, indigenous activists, artists, who stop in and take refuge here almost daily. Economically and socially the farm works through mutualism and reciprocity. The association of families who support the farm is most concerned with the long-term health of the farmland and the farmer—as they should be, it is their sustenance.

All of a sudden, he was serious and stared inwardly out at the small field of winter rye spreading before us. He was silent for a while. Finally, he said quietly to me, but also to himself, “It is the art of life and death, you know? Nothing more and nothing less."

I am a man looking for arable land.

In love in Patagonia,

“”
The farm was your first child. Maybe your last.

A Letter to My Younger Self

You found some arable land. You built a farm a couple of hours north of the bridge. The magic you found that first autumn is still magic. But it is routine magic now—and it has required sacrifices of blood, sap and fantasies.

It’s America, so your farm is much bigger and beastlier. Over 260 adults and 100 kids, running and screaming through the rows, picking flowers and strawberries, kicking up dust. Three tractors, employees, liability insurance, 90-hour weeks. The farm is essential, to many, just like in the Painted Valley. Your members tell you so and you see it on their faces. But you do not rest by the river reading Pablo Neruda and rolling cigarettes. That’s the first sap the farm required.

You’re married. She is a farmer, too. You met in Massachusetts on the farm that you read about by Ponta’s fire. Among many other things, your wife is the queen of the greenhouses and the flower garden—a magnificent flower garden that makes people remember things in their hearts. She has an encyclopedia of the strange names of the flowers she grows inside her brain—along with the names of all she wants to grow next year. You love how each seedling, in each tray cell, is like a child to her. Especially the weird ones that take months to root. Especially the feral greenhouse cat that is now in the palm of her hand. You love how the tips of her dark hair bleach blonde in the summer; how her arms and her body fill out and grow strong each Spring from the work, her skin darkening in the sun. Farming has given her body, both your bodies, strength, nimbleness, confidence, settledness.

The farm was your first child. Maybe your last. You don’t know if you’ll have the energy, the juice, or the money for kids. It is hard to be lovers. Operating a small farm reprogrammed your brain and your relationship, as living in constant vigilance will do. You relate most to your couple friends who, a few years into their first child, stand differently next to each other in the garden, gazing at their kid, slightly askance, slightly withdrawn.

You willingly gave that sap for a while, but now you’re angry, searching for the feeling of your life together before the farm—at least on Sundays.

Along with your personal reckoning, the “sustainable farming” movement itself is going through a reckoning of its own, led by BIPOC agrarians questioning the whole scene. Why is this movement all white? What of our land and our ideas that you stole? How do you congratulate yourselves, at the farmers’ markets, while your balance sheets and the agronomic and ecological world hastily implode around us? Is not the family-farm movement escapism, or lipstick on the racist, extractive pig of colonialism?

On top of these questions, you just filed this year’s taxes: There is no compelling economic reason there why your farm should continue. You’ll survive this lean rainfall year with another infusion of privilege.

So, gone is the Wendell Berry-infused righteousness that small farms will save the world’s soul from the clutches of industry. Gone is the disdain for the bigger farms you drive past in Salinas—replaced with clear-eyed understanding and fearful respect for the system that shaped those fields and that bears down on yours; and respect for the massive human migration and the skill that works those straight rows, etched by the shiny New Hollands with catalytic converters, pulling 80-foot boom harvesters packing 15,000 cases of lettuce a day.

Trundling atop your tiny, dated tractor, inhaling the fumes, you watch the fantasy—that a small farm next to a river will give you peace—burn.

Is this scaring you, younger self? I thought it would, but re-reading your letter, I’m not so sure. You aren’t so green. It wasn’t the peace that made you really fall in love with life in the campo. It was the ceaseless and inescapable honesty. Maybe you knew the moment you “sat back peeling an apple” was the moment the irrigation line exploded or the orchard burned down. That the peace of the craft for you wasn’t in the bucolic murmurings, but in the fact that all the roads lead back to the farm—all of the angels and demons of your mind, your time and your culture had to be dealt with there.

That is obviously still true. You are still in love.

So you stand, looking out on your farm beside your lover, perplexed and slightly askance, in horror and in love, at the fantasy come reality; at the sputtering business that you were unjustly allowed to chisel out of this non-prime valley; at the local kids running in the furrows; at home with the magic here. So you will go over your spreadsheets, your profit-loss, looking for a redesign, looking for truth. Not finding it always, but finding it often enough. Like harvesting melons. Hard and heavy and sweet. When you bite into it the juice rolls down your chin.

Good luck, younger self, you are on a good path, as foolish as this one is.

Don’t take the bus to Chile. The ash from the volcano won’t vibe well with the air filters.