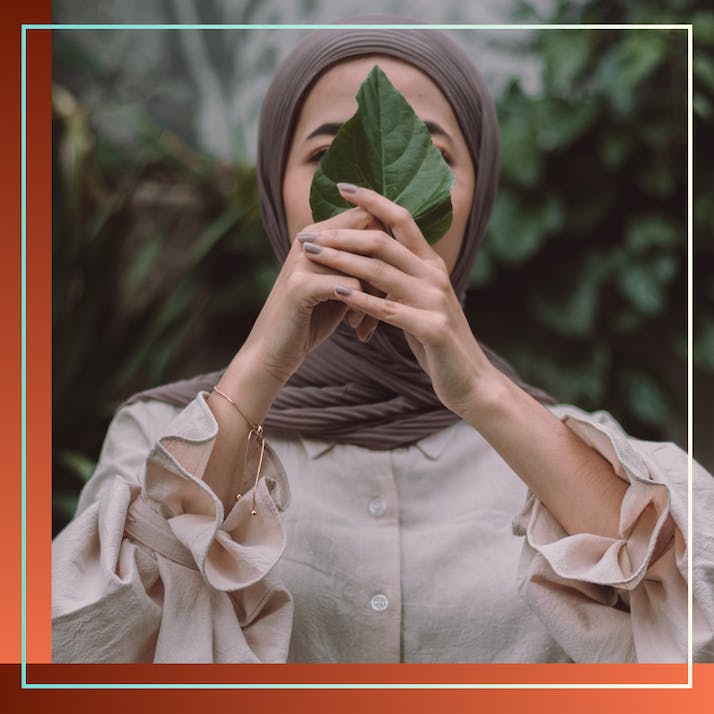 Growing up in a Muslim household, it took a long time to realize that faith and social justice should be intertwined.

As a journalist, a major part of my work, in some way or another, focuses on how religious identity interacts with lived experiences—both individually but also with the greater society at large. I didn’t always look at religious practice and faith along these lines. In fact, when I was younger, I was of the opinion that observances of faith should stay private and separate from the rest of our political and social affiliations. But a few years ago, when I attended a faith and climate action workshop, I had a lightbulb moment. Suddenly, I questioned the very essence of what I’d known religion to be my whole life.

Growing up in Pakistan, in a conservative Muslim family, my religious identity was as easy to me as breathing. I was always a Muslim, and as part of a demographic that was a majority in the society where I grew up, I never thought too much about what my identity really meant. Sure, I knew the basics—I prayed my namaz five times a day; I made sure I fasted during Ramadan; and I knew that charity was a good deed. I even started wearing hijab when I was 12 because I knew my mom and grandmother did it and it was a good thing to do. I’ve always been very proud of my religion and, growing up, I thought I was the kind of person who was making a genuine effort to understand it.

A Faith Center Helped Me See Religion Outside the Mosque

But it wasn’t until I moved to the U.K. that I suddenly realized that my faith isn’t as easily categorized as I thought it was growing up. I had always stood out wearing my hijab at a young age, but I soon realized just how political my choice of clothing could be. Suddenly, I wasn’t only reminded of my religious identity when I heard the azan and rolled out my prayer mat or when, for one month of Ramadan, all of us at home would prioritize religious prayers until the month was over. No, wearing a hijab in a non-Islamic country meant I always held my religious identity with me, no matter where I went. The shift in my own perception of my identity, which suddenly began to loom larger than the pockets I had neatly contained them in, made me realize that I had so much more to learn.

It was here that I began to explore avenues that would help me understand the role of my own faith identity in the public sphere, like the Faith Center at the London School Of Economics. When I became a part of its interfaith discussions program, the Faith Center became the push I needed to see religion outside of the mosque and home for the first time.

The Faith and Climate Action program combined workshops and seminars to help participants understand how faith-based communities could inspire and lead climate action movements. It also showcased how faith-based dialogue was being used as a way to help communities who struggled to understand the language of science in climate change or felt excluded from secular movements connected to the climate movement. It even challenged issues of accessibility in the climate movement, where language barriers and education access have often meant that these movements are mainly led by a few elite leaders, and brought it down to the masses in a far more relatable approach.

I could say I felt inspired and motivated by this approach—and I did. But most of all, I felt like a hypocrite. Despite always being so connected to faith and living in a society that seemed so focused on religion, I felt that we were taught about it far too selfishly to ever understand how this key part of our lives could help make a difference. Of course, one of the things we are taught as Muslims is the importance of charity, and for those who can afford it, giving a certain amount to charity is compulsory.

“”
Many faith communities often find themselves excluded from more secular social justice movements because of the way the two are pitted against each other.

My Identity as a Muslim Filters Into Everything I Do

But what I learned during my time at the Faith Center is that for so long, I was interacting with religion on such a shallow level. Looking at the work that many faith-based organizations had achieved in mobilizing communities concerning climate action made me realize just how closely faith is—or, at least, should be—linked to social justice. Many faith communities often find themselves excluded from more secular social justice movements because of the way the two are pitted against each other.

On the other hand, faith communities often find themselves bound together through their united religious beliefs, and so using that common factor can go a long way in mobilizing other causes. I also feel more and more that anyone on a journey to understand their faith or seek knowledge truly should not do so without understanding the responsibility of them embodying that knowledge. I felt that change within myself as well. I no longer felt able to keep my religion as a mere part of me that could be taken out or boxed back in when needed. As a feminist and a proponent of social change, I slowly began to understand how my identity as a Muslim interacted with all the other work I was learning to do.

We simply cannot underestimate the power of faith, which dominates the lives and understanding of so much of the global population, in teaching people how to make the world a better place. I’ve realized that had I continued with the way I had boxed in my religious identity growing up, I would be doing a disservice both to my religious practice as well as to the causes I claim to stand for.