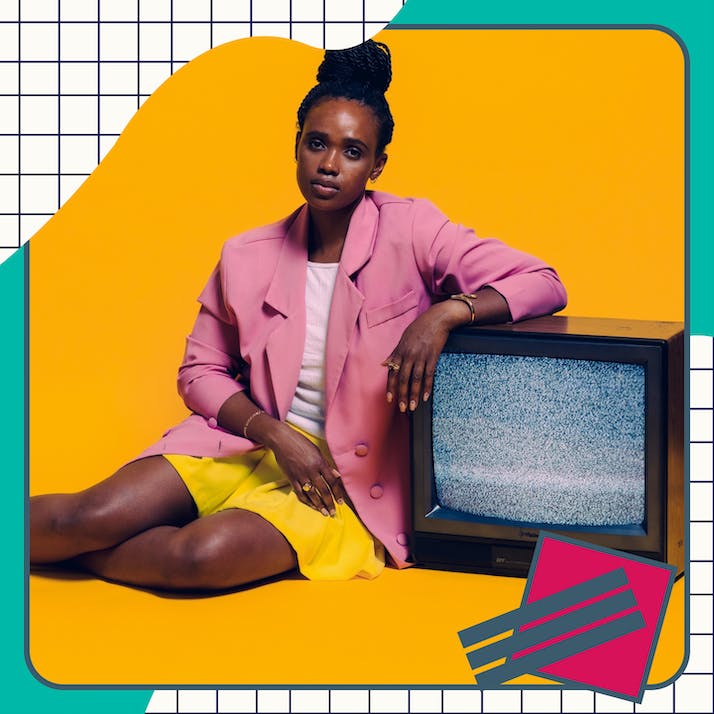 Is There a Place in Pop Culture Journalism for a 40-Year-Old Woman?

I’ve got skills, knowledge and experience—just not about the “right” things.

Over my 12 years as an entertainment reporter, I’ve published thousands of stories, from news pieces to 10,000 word features. I’ve sat down with everyone from superfans to George Clooney and Julia Roberts, and I’ve written about so many movies and TV shows that I can’t even remember a third of them. I’ve also been called an idiot for thinking an OK movie was just OK, been tagged frequently on Twitter by people who just want to let me know my opinion is wrong and—almost a decade after I first published the piece—still hear from fans of a comedian who think I gave him an unfair shake during an interview. I’ve never been doxxed, but I’ve lived almost every day of my editorial career with that looming threat. And all because I’m a woman who has dared to express her opinion on pop culture.

I got into entertainment media in part because I just really loved to watch TV. A child of the ’80s, I grew up with basically unlimited access to whatever was on the tube at that time, from Three’s Company to MTV Spring Break. I developed a thirst for content, be it movies, TV, books or magazines, and went to college to study journalism like my parents. I wanted to write for Spin or Entertainment Weekly, two publications I’d always been thrilled to see come in the mail. My professors didn’t really know how to get me there, though, and I left college a little disillusioned with the industry.

Instead, I took my college radio hobby and turned it into a career in the music business. Fast-forward a couple of years and boom, I met some cool people through music that worked at an entertainment website and thought I could do what they did. They invited me to come work for them, and I was thrilled. I remember that I told them it was my dream job to get paid to write about things I already loved. “Ha,” they laughed. “We wouldn’t go that far.” Still, then, over a decade ago, I really thought it was true.

“”
Looking at the entertainment journalism market even now, I think I somehow fucked up.

Pop Culture Media Has Gone From Bad to Worse

The longer I’ve been in the business, the worse it’s become. Since we’ve moved into the “pivot to video” era of digital media, I’ve also faced frequent unsolicited comments about my appearance, my weight and my vocal affect. I was called a “rhino” in the comments on one video years ago and have thought about it every day since. “Who cares?” my co-workers said. “They’re trolls!” But they were all average-looking white guys and never got those kinds of comments, so how much did they really know?

I’ve also faced inequality and uncertainty in my newsrooms, where I’ve frequently been surrounded by men with an outright disdain for anything they don’t consider “serious cinema,” i.e., anything that’s not made by men and with the male gaze in mind. I’ve second-guessed every pitch I’ve made, every opinion I’ve had and every base of knowledge I’ve grown. “I clearly don’t know about the right things,” I’ve thought. “How stupid of me.”

While a lot has changed in the media industry in the past decade, with many newsrooms becoming more diverse and shining a light on a wider spectrum of stories, entertainment media has managed to both expand and contract at the same time. While creators are diversifying their casting and stories, publishers are also realizing that the stories that drive clicks are the ones about the movies and shows that bring in big numbers, and increasingly, those projects are centered around just a few franchises.

Looking for a new full-time gig, I’ve come across more than one senior-level job listing that read like this one I saw recently: “You will be an expert in the field who knows your MCU from your DCEU, your James Bond from your Jack Reacher and your Jedi from your Jawa.” That wasn’t for a gig at a niche comic-centric publication, either—it was for a fairly wide-read and well-respected entertainment site. But as I read it, I just thought what it was really saying was, “Women of a certain age need not apply.”

Looking at the entertainment journalism market even now, I think I somehow fucked up. My interests are wrong. By liking what I liked, and not making a choice 35 years ago to get into a more Comic-Con-friendly sphere, I have made myself the enemy of clicks. I’ve become obsolete because, as the market and our publishers have told us, who really cares about what people like you like?

I like a good superhero movie as much as the next person, I really do. I’ve seen them all, and, like any good critic, I have my thoughts about them. But I didn’t grow up enmeshed in the comics. I lived on basic cable, not premium. You can ask me anything about MTV in the ’80s and ’90s, but I’ve never seen a Christopher Reeve Superman movie. My parents didn’t really watch movies and we never went as a family, so what I got into—whether it was Sweet Valley High or Jane magazine—I had to discover organically. I followed the paths that I encountered fervently, but for whatever reason, they just never led me toward superheroes and graphic novels.

As a 40-year-old woman, I certainly grew up knowing kids who were into Star Wars, including my brother, but couldn’t tell you a single girl who I went to school with who may have done Leia cosplay on the weekends. That’s not to say that there weren’t girls who were Superman diehards who’ve grown into women who know the difference between X-wings and TIE Fighters. (There are, and I know a few.) But that’s not me. Instead, I have an encyclopedic knowledge of romantic comedies, pulpy tween novels of the ’80s and ’90s, and ’60s sitcoms.

It’s always such a surprise to me when publishers or male coworkers are shocked by the success of projects like Bridgerton, Outlander or 50 Shades Of Grey. Yes, they’re all sexy, and people like good steamy action, but also they’re all indications that the market supports and craves content created in part by and directed at women. And moreover, the market craves smart criticism, creative features and broad coverage about and around those shows. Entertainment sites should be looking for writers just as versed in that world, not just writers with thoughts on Marvel’s fourth phase or who was the best Batman. (Christian Bale, duh.)

Speaking of comic book movies and other cinematic juggernauts, I believe that, with the size of audiences going to see those movies, perhaps not everyone in the theaters is there just because they really care about plot development or Jack Kirby’s legacy. Tom Holland’s Spider-Man is incredibly popular, and a lot of fans of those movies are young women who were drawn to the work in part because they thought the actor was kind of a dish. There are people who like the romance in the films, the queer subtexts, the gender politics and the increasingly diverse on-screen world just as much as they might like the whizz-bang battle scenes.

Let’s write for them just as much as we write for straight-up superfans.

“”
When pop culture journalism narrows its focus and concentrates on content over quality, it’s detrimental to the fabric of cultural discourse.

Making Media More Diverse Is Good for Everyone

I understand that some of my dreams and hopes might be tantamount to shouting at the sea, but it would truly be great if readers also grew to respect and appreciate a diversity of entertainment coverage. Or perhaps the onus should be on publishers, who could take chances on stories their staff felt strongly about and not just ones they knew would be guaranteed click drivers. I’m aware it’s a big ask when so many media companies are run by conglomerates, private equity groups and men focused more on the clickability of content than the actual substance of the work, but that doesn’t mean I can’t dream, pitch and advocate for the level of intelligence and diversity that I believe audiences have.

There are times when I think about my career that I truly can’t believe that, in some ways, I feel just as ashamed and uninformed as I did my first year on the job. I curse my interests and my family and think I should have spent more time reading comics anthologies and fantasy novels, despite the fact that I couldn’t have predicted what the media landscape would come. But what I know in my heart—and have always known—is that when pop culture journalism narrows its focus and concentrates on content over quality, it’s detrimental to the fabric of cultural discourse.

A more diverse media landscape not only benefits reporters but also serves a larger swath of its readers, many of whom hardly ever feel spoken to or heard, whether it’s by mass-market television, in popular magazines or even in their own lives and families. By giving everyone—reporters and readers alike— a voice and a safe place to find joy, entertainment journalism can only grow.